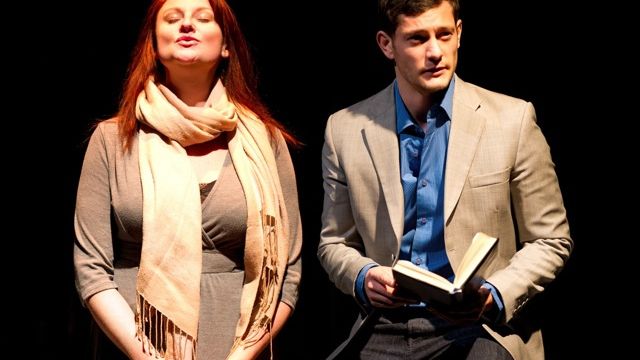 Now Sydney is seeing a professional production of his musical The Last Five Years. Also tagged as a song cycle, it’s full of the sort of truthful, intuitive character songs Brown shared with audiences across the country.

A couple’s five-year relationship is alternately narrated from opposite ends by actress Cathy (Marika Aubrey), who traces the relationship backwards from its end, while her husband, author Jamie (Rob Mills), starts from the beginning.

The show took a little while to engage me. For the first third of the musical, the characters seem disconnected in time and space, delivering alternating sung monologues, mostly alone on stage. Was it the form of the show, intentional directorial choices, or a little of both which drove the alienation?

It’s not new of course. Sondheim’s reversed the flow of time as friendship disintegrated in Merrily We Roll Along.

In the middle of the show, though, when the couples met briefly before again heading off in their own storytelling directions, The Last Five Years grabbed me more affectingly. 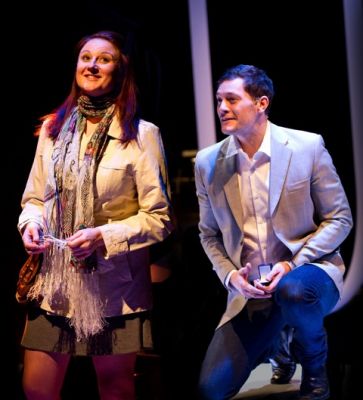 While the brief period of onstage connection and interaction surrounding the couple’s engagement and marriage leads back into their opposite, individual trajectories, attention to the earlier set-up, involving lots of logical processing, led me comfortably to an easier, more direct and empathic connection in the later stages of the piece.

The intersecting walkways of the set, white crossroads contrasting with simple black props, overlay symbolism onto an attractive, functional performing area. The five-piece ‘chamber’ accompaniment is particularly effective and appropriate.