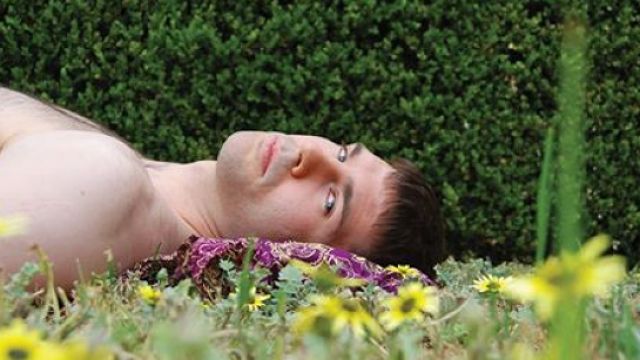 As the blurb for this show has it, ‘There’s something about a room when there’s only men inside it.’  Well, that’s certainly true.  The characters here, anyway, are young, many are teenagers.  Leopard Print Loincloth is a depiction of a variety of contemporary Australian masculinity.  It is made of a series of sketches and vignettes.  There is no narrative as such. If there is a structure, we’d have to call it ‘thematic’, the theme being the inadequacies and vulnerabilities of men – or boys.  They don’t seek to understand anything; they don’t realise anything; they just behave like… boys.

The talk of young men (and some men are always young men) is likely to be more competitive, more aggressive.  There will be a pecking order. There will be group think: if there’s some pussy the group doesn’t like, watch out: he’ll be bullied or humiliated. There may well be a naughty but exciting undercurrent of homoeroticism.  Or homoeroticism will be quite explicit.  Or a couple of boys might be in a relationship – which they will wreck because they’re boys.  There may be an impulse for blokes to get their kit off and show off their dicks.  (That certainly happens rather a lot in this show.)  And boys will certainly watch each other, judging, comparing, jeering and enforcing loyalty.  Recent research into the way men and women tell stories (i.e. interact) has revealed distinct differences between the two.  The researchers called it ‘gender-lect’.  There’s nothing in Leopard Print Loincloth that contradicts the research.  See above.

The cast of six men – Joel Beasley, Eamon Dunphy, Ben Goss, Max Greenham, Louis Kemp-Mykyta and Rhys Wilson - are all talented but in different ways.  Eamon Dunphy is always just that bit menacing, just that bit alpha-male, whatever character he’s playing.  Ben Goss is ever grinning-cheerful – until he’s not: in a later scene he’s close to tears.  Louis Kemp-Mykyta, the youngest, is precise, prissy and intelligent in such a way that he constantly risks a beating (and an actor to watch).  Rhys Wilson is boyish and wanting very much to be liked – so he’s generally ignored.  Joel Beasley has a retro moustache that somehow makes him sulky and suspicious.  Only Max Greenham switches persona – from sardonic butch to grinning idiot.

Director Dominic Weintraub (who breaks the fourth wall by appearing and giving direction) opts for a large transverse playing space that, given the intimacy of some scenes causes him problems he doesn’t quite overcome.  There’s too much space to fill.  As for performance, there are moments when the actors struggle just a little with their text.  Playwright Jake Stewart also appears, as himself, so that cast members can complain about the text and what it asks them to do.  Does this achieve anything, or is it gimmicky and smartie-pants?

The writing is sharply observed and insightful.  Still, at 100+ minutes, it goes on too long – scenes go on too long - and inspiration tends to wear thin and repeat itself.  We do see a wide variety of situations: a theatrical audition, a couple of joggers showing off for a voyeur, the prep room at a private boys’ school, a school swimming carnival, a stand-up routine the point of which is that one bloke, Max Greenham, gets his kit off and shows us his dick, and so on.

If these scenes are accurate – and they certainly seem accurate or at the very least, they are convincing – it is a depressing picture.  Or it would be if it were not so frequently funny, performed with great energy and conviction, and giving us that satisfaction that comes from recognising truth.  It’s either ‘ouch’ or laughter.