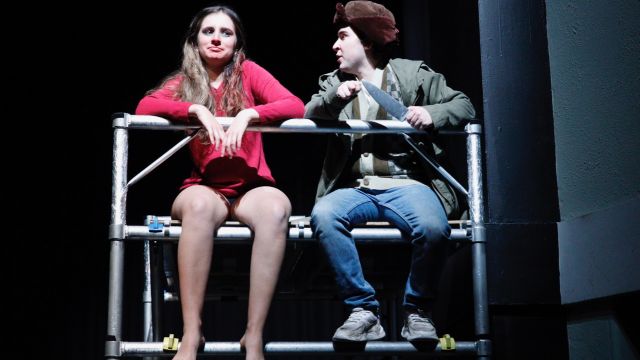 Harbour Theatre are currently performing their third Post COVID production, which must be some sort of record nationally. As with most productions in the current climate, this was cast and had commenced rehearsing before the shut-down, so is the product of a long but stressful incubation period.
Let the Right One In is an unusual play, even before the subject matter, which is quite different in itself. Adapted from a film and a novel, it is very episodic, featuring 40 scenes in 22 different locales - a challenge in any theatre, this is particularly tricky on a small stage like Camelot. While the various places are very well created, with some effective set construction, and a clever lighting design by Rob Tagliaferri, the many interruptions to the action slow the flow and perhaps could be better handled.

Central character Oskar, a boy of around 12, is played well by Charlie Young, belying that he is a decade or more older than the character. Charlie’s Oskar is socially awkward, immature and possibly autistic, which fits well with his outsider status within the narrative. He works well with the large ensemble. 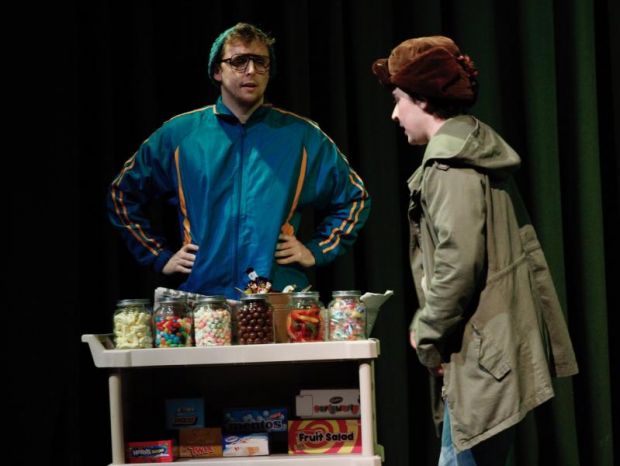 Talia O’Brien makes her community theatre debut in an extremely difficult role as Eli, an ageless, genderless being who appears to be a girl in her early teens and has an unfortunate addiction to drinking blood. A challenge, even for a mature actress, I look forward to seeing this actress develop in the years to come.

Michael Dornan appears to be making a habit of playing killers, and uses this experience to create the role of Hakan with depth and effect. Nathan di Giovanni and Ethan Thomas (in another community theatre debut) are very convincing and show great teamwork as bullies Micke and Jonny. Oskar’s mum, is very nicely created with a clear back story by Camila Jezewski, another performer in her first appearance outside school. 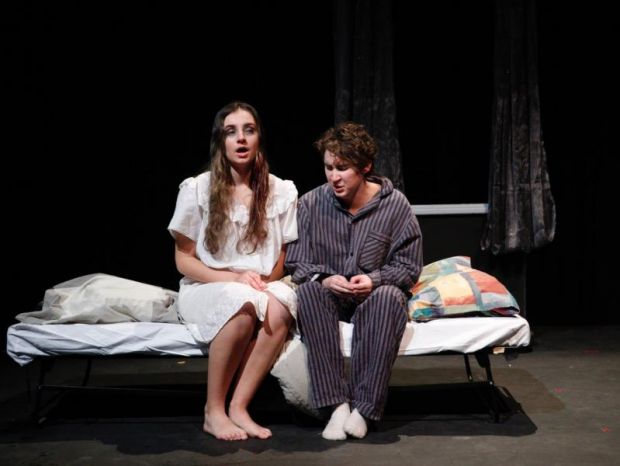 Rather frightening at times, with lots of blood, and some very realistic stage violence, this is not a show for everyone, but its interesting story and the emergence of some promising new talent makes Let the Right One In worth checking out. 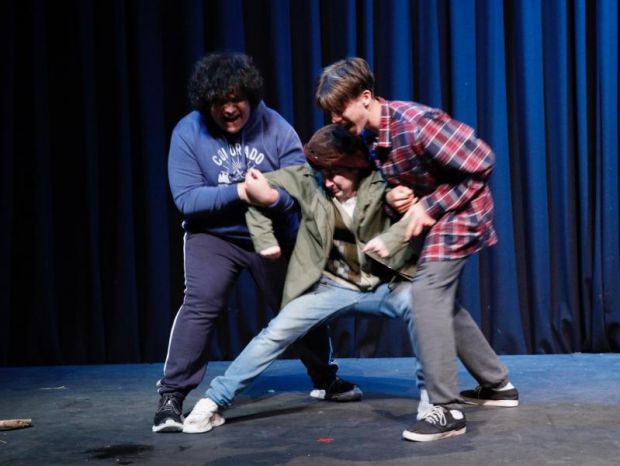