The Life Of Galileo by Bertolt Brecht, adapted by David Hare 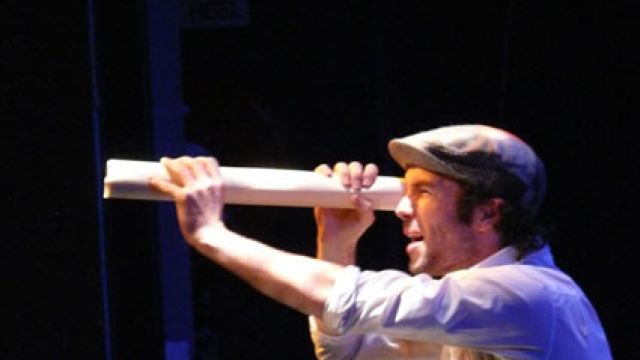 The Epicentre Theatre Company is currently presenting Bertolt Brecht's The Life Of Galileo, in an adaptation by David Hare, as the final play in this years' trilogy of works celebrating classic theatre works framed around the theme of courage in the face of extreme prejudice.

This year is the 400th anniversary of Galileo's proof that the earth revolves around the sun, a proof that was completely abhorrent to the Catholic Church and its two thousand year old belief that the earth was the very centre and lynch-pin of the universe. Galileo Galilei's story remains an archetypal story of heroism. Four years after he had been arrested by the Inquistion and had repudiated his published theories, Galileo arranged to have a copy of his 'Discorsi' smuggled to Holland where it is published and revolutionises the world of physics.

John Harrison's production of David Hare's bold, fresh adaptation makes for an engrossing night of theatre. The bottom line is that this is the opposite of a dry, academic historical/biographical piece. The production is fast paced and conceptually strong. The style is post-modern and radical, with music and songs incorporated from different eras, and the show even incorporates a stand-up comedy routine!

Donald Sword impressed in the demanding lead role. He was well supported by a large, enthusiastic cast that included six young Riverview students. Production values were strong with Ann Flowers in charge of choreography, lighting by Andrew Weston and original music by George Cartledge.

The Epicentre Theatre Company's production of The Life Of Galileo plays the Zenith Theatre, the corner of McIntosh and Railway streets, Chatswood until Saturday September 12.