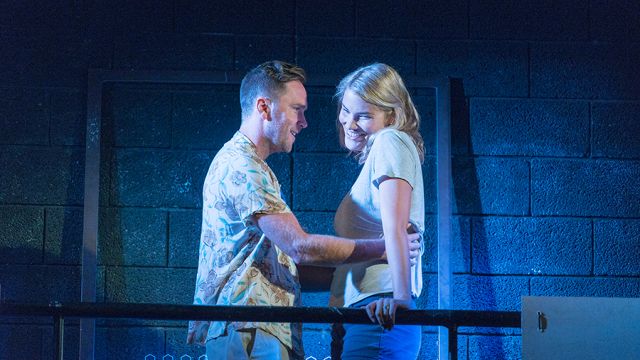 Australian playwright Daniel Keene has placed – or displaced – his characters into a world of insecurities and confusion that “plucks apart the underlying tensions of what we feel about where we’ve been and where we imagine ourselves going, exposing how illusion and wish fulfillment are as powerful guiding forces as fact.” (Cathy Hunt, Director).

On the surface the set and the characters are very ordinary: a run-down hotel lobby; and seven people who are trying to make sense of the perceived disorder of their lives.

Though Eloise Kent’s set has all the necessary accouterments that the script demands: the temperamental lift, the lobby bell, the fish tank, two balconies ... it is too pristine to fit the image Keene suggests in the subtext – and in the words of the owner, Mrs Spence: It’s a dump!

Ross Johnston’s sound design picks up on all the quirky sound effects that Keene weaves through the dialogue to accentuate the sense of un-reality: snatches of a storm, rain, a howling wind, the faulty lift, footsteps and opening and shutting doors from three floors above. 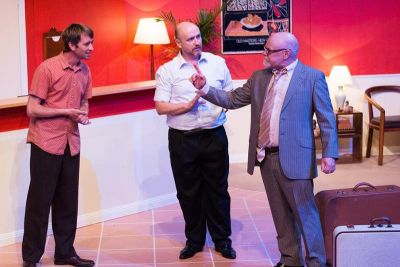 Martin Broome, as the insouciant hotel receptionist Nigel, creates the anomalous atmosphere into which the hotel guests arrive. Nigel is nonchalant rather than welcoming; querulous rather than patient. He hasn’t a pen for guests to sign the register, but questions the effectiveness of using a pencil. His whole attitude is unsettling – and thus he sets the scene for the incoherence that is at the heart of the play.

Broome establishes this clearly with his first guest, John (Drew Fairley), who is bewildered and just a little angered by his unusual reception especially as his life is already very confused. Fairley is consistently strong as John, frazzled and discombobulated, yet still trying to cling on to what he wants to be real.

Laurence Coy is full of confidence as the door-to-door linen salesman, Roy – until he meets Alice (Julie Hudspeth) whom he thinks is another Alice he met in the past. Their unlikely liaison is yet another unlikely ‘wish-fulfillment’ that underlines the theme.

So too is the relationship between married couple, Tom and Ellen (Brendan Donoghue and Anne Wilson). Ellen is feeling a little smothered and Wilson captures the indecision and remorse in the character. Tom hopes that pretending they are meeting for the first time will rekindle her affection, and Donoghue portrays clearly his early optimism – and his dashed hope. 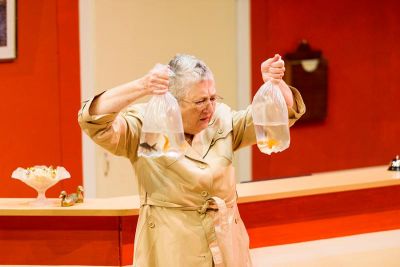 Into all this confusion and disorientation comes Nigel’s mother Mrs Spence, played with charming originality by the delightful Annie Byron. Byron brings much necessary pace and humour to the production. She finds all the contrasting and more reassuring qualities Keene gives the character: cheerfulness, acceptance, sanguinity. The woman she portrays lives realistically in the moment, confident and optimistic … her faith and hope over-riding the hopelessness around her.

This is a courageous production of a play that “puzzles over our precise place in this incoherent world” (Hunt). The constant entrances and exits and the many scene changes are directed carefully and handled well. The characters are clear and relate convincingly. The dialogue is typically absurdist with lots of quizzical pauses and ‘looks’ – but this needs to be offset by a much faster pace (such as Byron injects whenever she is on the stage) in order to make Keene’s underlying messages – and  the bleak, black humour – really effective.

READ THE FIRST PAGES AND BUY THE PLAY HERE AT STAGE WHISPERS BOOKS.https://www.stagewhispers.com.au/node/29281