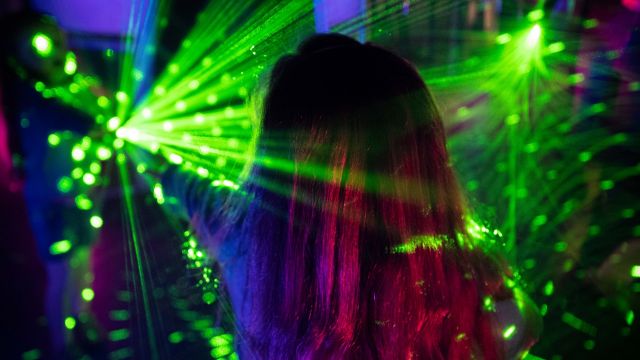 The best way to review a children’s event is to take a child with you, so I did and I watched how my granddaughter and the other children reacted and responded to the new interactive offering from Patch Theatre.

Set in the atmospheric Queen’s Theatre, The Lighthouse provided plenty of sensory experiences connected to light with an interesting soundtrack that was probably more appreciated by the adults than the children. I particularly liked the cello section.

We began with a little light, literally. Then gradually progressed through a series of rooms, all demonstrating and playing with light. As the technology became increasingly complex and more engaging so did the children’s responses. They used the lights to create games, making up rules for themselves as they went. Some would move whereever they wanted to on a floor filled with circles of light, others would only move when a patch came close enough to jump into it. They would run along lines, change direction, keep to certain colours and there would be spurts of new energy as the lights changed. 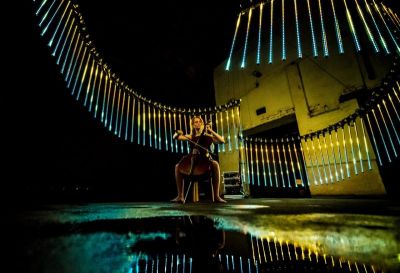 There were lights to handle and move, mirrors to reflect and catch the lights and make them move as the handler wished. There were lasers writing in light, there was water that caught the light in huge bubbles, which then burst and built again.

This was a joyful and exciting interactive event and not just for the younger members of the audience.  We were led through the space in a group of thirty by silent actors, who used the lights to create a simple and effective storyline. And as we started the show with a little light, so we ended the show with a takeaway light that could be worn on a finger.

It was literally enlightening!