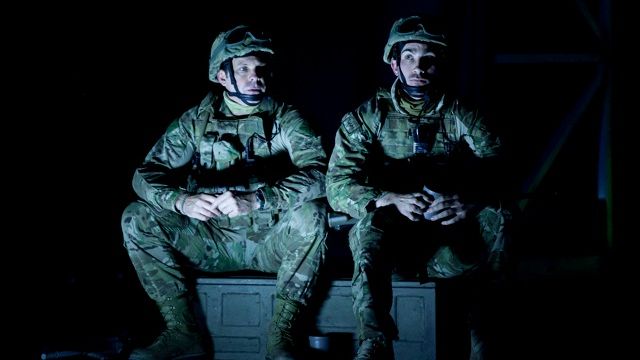 Theatre and war, war and theatre, they have long been partners. But often renditions of conflicts past or present tend to be dry, terribly self-satisfied and didactic. So it would be understandable to expect The Long Way Home to fall into this trap. But it doesn't and it is so much more than could ever be anticipated.

I commend the Sydney Theatre Company for taking a risk to use real stories of Australian soldiers in Afghanistan and to incorporate returned service people into the cast. This is bold, compelling and searingly white-hot story telling. 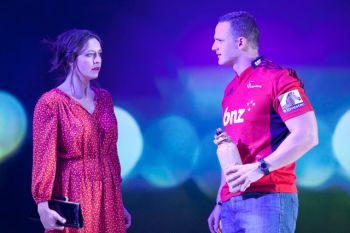 The choice by both director Stephen Rayne and writer Daniel Keene to not create a piece of verbatim theatre was a wise one indeed. And even though I suspect it made their job a lot more difficult, the result was worth any pain experienced in the development and rehearsal process.

We see broken lives woven together that bring into sharp focus both what they have gained and what they have painfully lost through their service to the armed forces. We see the impact on their friends and family. We are shown what it is like when everything you work for is taken away from you. We are given insight into how it feels when your skills, which were so coveted by the armed forces during conflict, become redundant and non-transferrable in peace-time. These are real stories told by real soldiers and their performances resonate with extraordinary truth, humour and clarity. 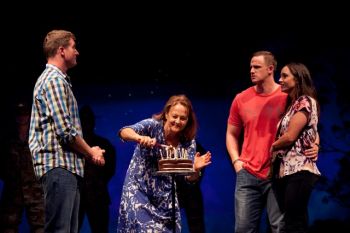 Aside from these wonderful performances, which are supported by a consummate group of professional actors (particularly of note Emma Jackson and Odile Le Clezio), The Long Way Home is a beautifully well-rounded production. It is very ambitious with a massive video wall, constantly moving set pieces and a sound-scape that evokes the Australian landscape, the desolate Afghan desert and the head thumping, metal scraping music of a gun toting, tank driving culture. The production team of Renee Mulder (design & video design), Damien Cooper (lighting), Steve Francis (composer & sound designer) and David Bergman (video design) have created a high-octane theatrical experience. It is slick, simple and cinematic. This is theatre on steroids - so evocative you can almost smell the explosives and feel the sand of Afghanistan on your face.

The most compelling aspect of The Long Way Home is that it is not sentimental nor is it patriotic or jingoistic. Instead what we see is a personal side to what has been a traditionally very public and well rehearsed news story. To have the opportunity to see the person beyond the uniform is a privilege and it is an honour to witness bravery of a different kind. 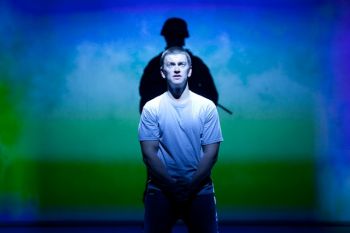 Standout performances from ex-soldiers Emma Palmer, Sarah Webster, James Whitney, Tim Loch and Craig Hancock must be noted. But it is the appearance of Gary Wilson, who survived an American Black Hawk helicopter crash in Kandahar, that gives a sucker punch to the end which left me stunned and emotional and continues to do so.

The Long Way Home is making its long journey around Australia - make sure you take the time to see it.