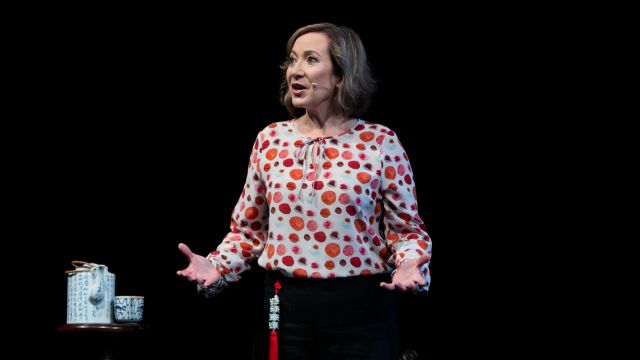 True stories are so often more compelling than fiction: real characters call more urgently to us, especially when they’re generations of one family shaped and battered by big historical events.

Former ABC TV presenter and foreign correspondent Jane Hutcheon now turns to her own Eurasian family, who at first thrived in early 20th Century Shanghai.  Her simple script, told to personal family and documentary images projected behind her, covers four generations living through privilege, Japanese invasion, communist revolution and in post-war Hong Kong. She focuses on the resilient women, notably the impressive survival of her mother Bea.  In the post-colonial world, to be Eurasian was to belong nowhere.

Lost in Shanghai is directed by veteran storyteller William Yang, the master of such slide shows.  Indeed, Hutcheon seems to duplicate Yang’s style with her unadorned scripts and a flat, perfunctory delivery.  I expected more zest, wit and sharp insight from Hutcheon, given how engaging and thoughtful she is as a TV journalist. 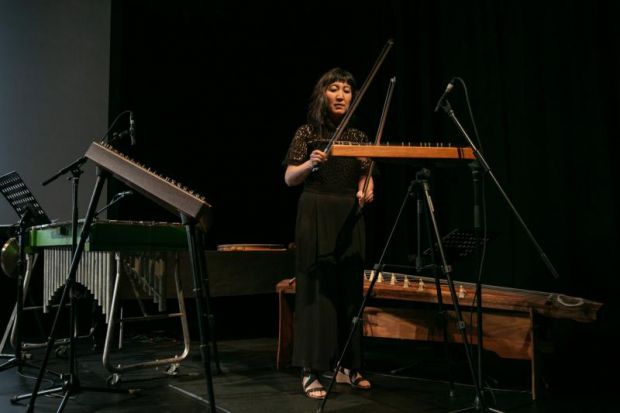 But she does know a good story. Yang has directed a number of similar works with this show’s producer, Contemporary Asian Australian Performance (CAAP); he knows the virtue of brevity.  And Hutcheon’s moving family tales through the times moves seamlessly to her own long search for belonging and meaning, her steps like so many of her family into journalism, and a late and happy marriage.

Her story carries the night nicely punctuated by the percussive sounds and strings from Terumi Narushima.