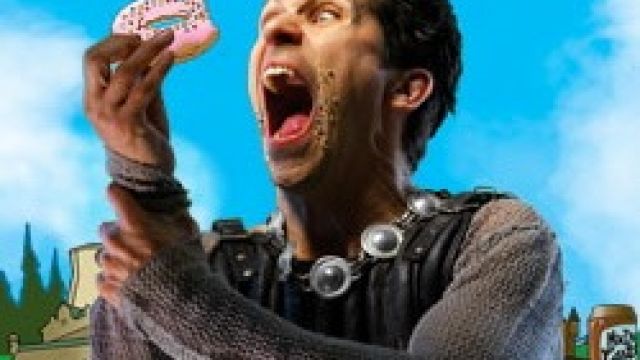 Your enjoyment of this show will depend on how much you love The Simpsons and how familiar you are with Shakespeare. If you’re not a fan of either then the laughs will be thin on the ground. It’s a brilliant conceit – to marry a popular cultural icon like The Simpsons with the classical theatre of the Bard. With the help of a screen which flashes images of The Simpsons popular characters dressed in Shakespearian garb, and some shadow puppets, Rick Miller creates a Macbeth that is original, clever, and funny. The show is basically a 15 minute comedy sketch stretched to an hour. Of course, the success of a show like this depends on how good the impersonations are. In some cases very good - Marge, Flanders and Mr. Burns find instant uproarious audience identification, but others not so, especially Homer, and without a good Homer The Simpsons is just not The Simpsons. But the capacity audience at the Playhouse last night didn’t seem to care. They gave Miller a roaring welcome akin to the second coming. Was it a success? Well, you’d have to answer that with a resounding “D’oh!” Peter Pinne