The Man Who Wrote Shakespeare 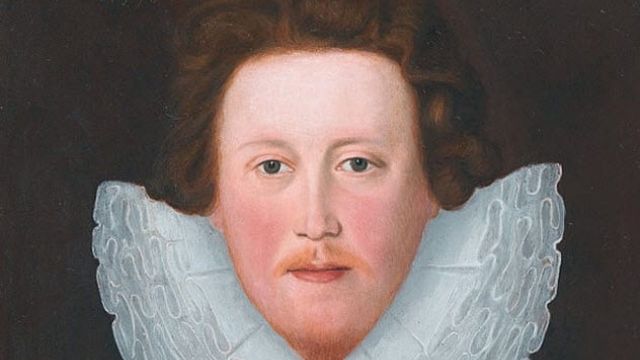 ‘To be a well-favoured man is the gift of fortune, but to write and read comes by nature’ – a line from Shakespeare’s Much Ado About Nothing that sums up the play The Man Who Wrote Shakespeare, but did the Bard really write it?

Playwright David Cronin has devoted an amazing amount of time to delving into the premise that Shakespeare was not solely the author of his own works. While this play is a combination of fictional dialogue combined with fact, he has kept, as accurately as possible, to documented evidence.

While most of us would immediately turn to Wikipedia for research, Cronin, knowing the unreliability of commercial sources turned to scholarly articles, notably The Case for Neville as the Real Shakespeare by W. D. Rubinstein and the Shakespearean Authorship Trust among many others.

Set in the Tower on London during the reign of Queen Elizabeth I, Sir Henry Neville awaits his fate - whether it be decapitation or lifelong incarceration. He is visited by his mother’s ghost, his wife, Henry Wriothesley (an English nobleman and Shakespeare’s patron), Ben Johnson (playwright & poet), Robert Cecil (Secretary of State), Henry Killigrew (advisor to Queen Elizabeth I) and of course the Monarch herself.

During this long imprisonment he has little more to do than ponder his fate and write new plays, spurred on by visitors. However, his creativity ebbs and flows as he deals with a wife, children, an affair with his ‘Rosie’ (Henry Wriothesley) and a mind that drifts in and out of sanity.

Whilst in prison he has an ‘arrangement’ to provide plays for Shakespeare at the rate of two plays a year for ten years. These plays become a therapy to ease his confinement. However, the therapy is almost derailed when Shakespeare (and the public) ask for more humour and cuts to reduce the running time of his dramas.

Well known theatre identity Malcolm Harslett’s direction is tight, moving actors in and out of the Tower’s claustrophobic walls that also serve as Queen Elizabeth’s palace and Neville’s house. The atmosphere is dark and depressing, leaving Neville seemingly entombed. He has drawn well rounded characters from each of his three actors, two of them playing multiple roles. The tension he creates is palpable, relieved occasionally by humour.

Russell Starke has been a major force in Adelaide theatre for many years and is the obvious choice to play the multi-faceted Henry Neville. He is compelling to watch, totally inhabiting the character and giving us hints of some of his plays’ characters. His emotions run the gamut, and take us on a journey through the mind of a free thinker who laid the foundations of democracy for the new world.

While Starke plays the central character, he is supported and complemented by two talented actors who play multiple roles.

Emily-Jo Davidson who, as well as playing factual characters plays the Narrator, Henry’s muse and Fool, nails every character. She links most scenes with song (with period lute accompaniment and music/lyrics by David Cronin). Her portrayal of Queen Elizabeth I was a standout - witty and acerbic. It reminded me of Miranda Richardson’s portrayal of ‘Queenie’ in Black Adder.

Charles (Charlie) Herkes plays a wide range of characters, ranging from Neville’s fictitious lover (although this relationship has not been proven), to Anne’s aged father. He changes his character as rapidly as his costumes. His final scene with Henry is intense and a highlight.

While there were a few technical glitches at this preview (which I have no doubt will be corrected), Luke Bartholomew’s lighting, sound and film tech effects, especially the ethereal ghost of Neville’s mother, worked effectively and costumes by Bronwyn were appropriate to the period.

So, did Henry Neville really write Shakespeare’s plays? As an audience member, I had to swear to the Narrator at the beginning of the play not to reveal the answer, so you will have to see The Man Who Wrote Shakespeare to find out.