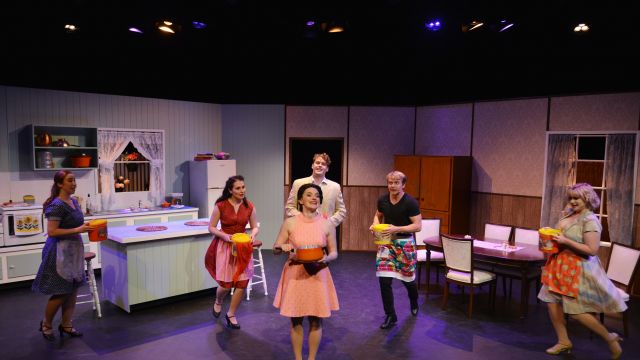 Australians love to celebrate their heroes in song and dance - Peter Allen in The Boy From Oz, Shane Warne in Shane Warne – the Musical, and now comes Margaret Fulton, the 60s cooking guru in Margaret Fulton – The Musical. This little show, which had its beginnings in Melbourne in 2012, is currently on an Australia-wide tour, and if last night’s audience is any indication, it’s going to sell out wherever it appears.

Based of Fulton’s I Sang for my Supper: Memories of a Food Critic (1999), writer Doug McLeod has encapsulated the key events in Fulton’s life, including her never-talked-about three bad marriages, and has provided composer Yuri Worontschak with a truck-load of witty lyrics, and the result is a marvelous, boppy, Latin, and blues-tinged score.

Beginning in Australia’s Bi-centennial year 1988, a cast of six, play a host of characters who come in and out of Fulton’s life as she changes Australian kitchens, and the food prepared therein.

Fulton is a star part, and it’s a perfect role for star-in-the-making Judy Hainsworth. She sings spectacularly, moves well, and, thanks to MacLeod’s script, brings the character gloriously to life in a feisty and pithy performance. There are many musical highlights but perhaps the most hilarious was Fulton extolling the delights of ‘Jam’ with the ensemble. (Australia has a glut of sugar and Fulton’s answer to the problem is to make Jam). 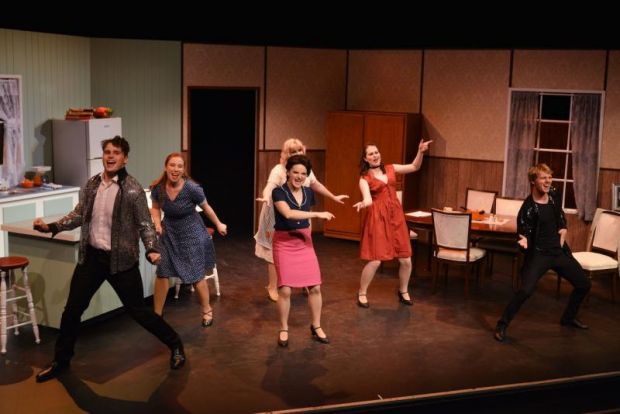 Conor Ensor is memorable in cameos as digger Trevor, Truth newspaper boss, and Michael, the love of her life, whilst Clancy Enchelmaier was great news as publisher Paul Hamlyn, and her nuts boss in the nuts and bolts factory where she got her first job. Jessica Kate Ryan was a salt-of-the-earth Scottish mother Isabella, who kept re-appearing even after death. Zoe Harlan wore the role of hooker and confidante well, with Paige McKay a delightful cape-swishing Mandrake.

Med Kiddle was a force at the keyboard but disconcertingly some numbers just stopped. The audience didn’t know whether to applaud or not, there was no build to their finales, but despite that Aarne Neeme’s tight direction kept it moving.

When Fulton was called a ‘National Treasure’ in 2006 there was nobody who deserved it more. She changed the way we looked at food and became an icon in the process. This show celebrates her with style.