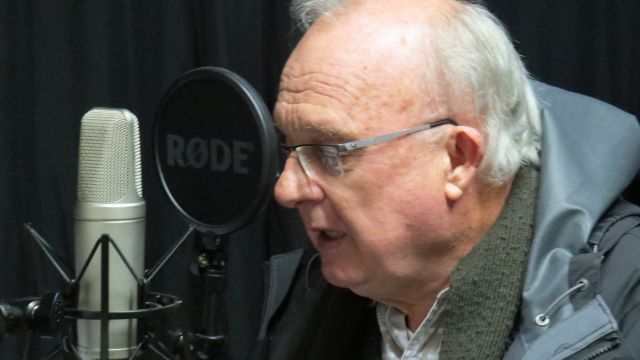 This play is the dramatisation of the story of the late ABC PM Radio Host, Mark Colvin and the selfless donation of a replacement kidney by a British woman who only knew him via the airwaves and social media.

Spanning many years, the story starts in London during the last decade, at the height of the phone-tapping scandal that rocked the print media world and Rupert Murdoch’s News Of The World.

As Mark Colvin, Greg Aitken gave a powerful performance and was strongly supported by Liz Chance as Mary-Ellen Field, half a world away, who felt the need to help a man she admired.

The clever use of news vision and surtitles brought the facts of the scandal back to one’s memory as though it only happened last week and gave the production authenticity.

Director John Rado and his well-disciplined supporting cast have crafted a wonderful telling of this true life drama with a touch of humour.

The Drill Hall Theatre is an intimate venue and the rear-projected scenery made for the audience to be front and centre and involved in this inspiring presentation.