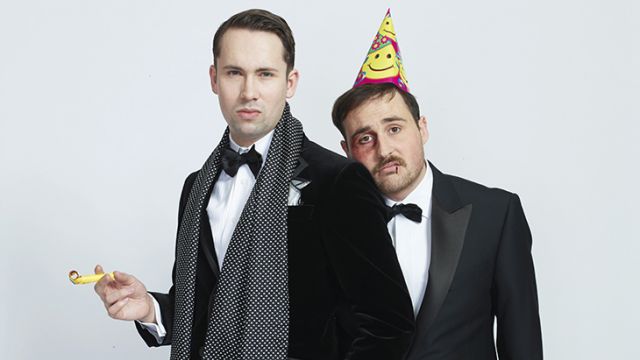 Max and Ivan take us to a 10 -year school reunion, where we meet the usual range of characters; the meek, the bully, the nerd, and the weird, just like our own school reunions.

Max and Ivan engaged the audience with their combination of verbal and physical comedy, as they seamlessly switch between subplots, fact, fantasy and characters with just a change in stance and voice and well-timed changes to the lighting. Staging is simple, as most festivals require, with some school lockers and two chairs, and no props.

Their sketch based comedy is well honed - the exchange between the ex student and the Geography teacher was a highlight, beautifully written and performed. This show is a slower paced offering than their 2013 show Con Artists, but The Reunion has us really wanting the hero to get the girl, and Max and Ivan gather up their plot points to a satisfying conclusion.