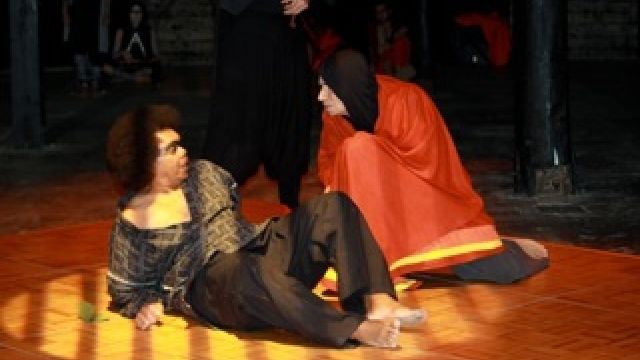 The Tropical Arts production of Measure for Measure opened last Friday with an energetic performance of Shakespeare’s comedy. Director Avril Duck gave the production an un-Elizabethan look by opting for Japanese costuming and stylized manga (Japanese comic book) movements. The result was an interesting production, acted on a simple set under effective lighting.

Strong performances from Willem Brugman as Duke Vincento, Kevin West as Pompey, and Warren Clements as Lord Angelo, were well complemented by Kara Ross as Isabella and Catherine Hassall as Escalus. The strongest Shakespearean voice on the night belonged to Brett Walsh as Lucio. Brett gave an animated performance that connected with the audience. There was also a nice cameo for the younger actors to the music of Kung-Fu Fighting.

The new seating plan gave the audience a more comfortable and intimate experience.  Some of the original meaning of the text may have been lost in the conversion to a Japanese manga production, and some of the actors struggled for voice projection. However, the production had pace and was well acted and directed.