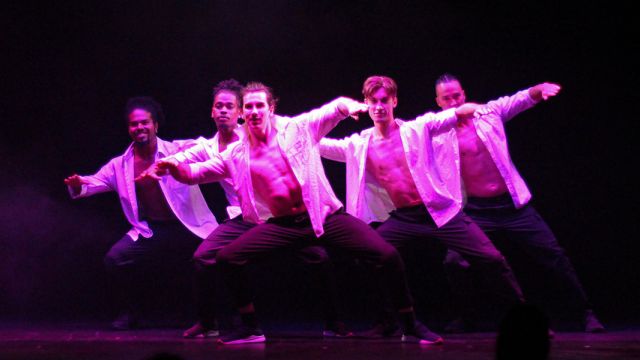 Sometimes the simplest things are the best! This is the case with Men Who Dance. It is simply that, five men who dance. Having said that, they don’t just dance - they sing and most of all, they entertain!

The five men in question - Charlie, Kurt, Ricky-Jai, Willian and Dhuruva - individually have their own styles but mould them into a tight unit for the hour they perform together.

Like a union of Human Nature and Manpower, they are the boy band of dance groups. The evening is a fast paced sixty minutes of ensembles, solos, duets and trios with different dance styles. 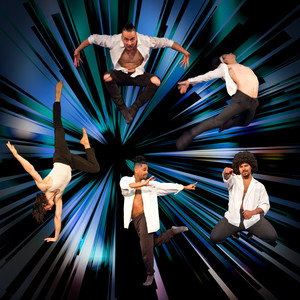 There is so much to choose from stylistically, ranging from a narcissistic number with a mirror to the soundtrack of ‘Love Me Tender’ to the jazz era recreated to ‘Sing, Sing, Sing’ and a close encounter of the third kind with a friendly alien complete with a Segway and umbrellas.

I particularly enjoyed the tribute to Spartacus and his battle with Gannicus ,featuring the balletic talents of Charlie and Kurt who later tap battle in ‘Everything Old is New Again’, bringing back old Hollywood.

Other highlights are Ricky-Jai and Dhuruva’s number with a gold hat that causes the performer to change dance styles, Ricky-Jai’s hip-hop routine, Willian’s testosterone-charged number as a workman, complete with sledge hammer and the boys’ version of ‘Fever’, performed on stools and reminiscent of the famous ‘Cell Block Tango’. 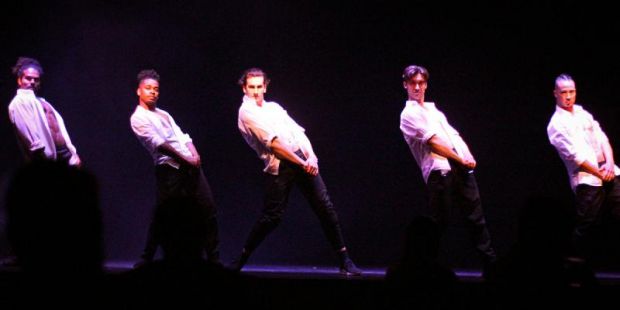 Presented at Star Theatres, a venue which is rapidly becoming the ‘Off Broadway’ of Adelaide, this show is well suited to its intimate auditorium where you can get ‘up and personal’ with the dancers.

The production is well paced and devised by Malcolm Harslett and cleverly lit by Luke Batholomew.

Men who Dance is a joyous exploration of diverse dance styles from five extremely talented men and is sure to please any theatregoer that enjoys real entertainment.