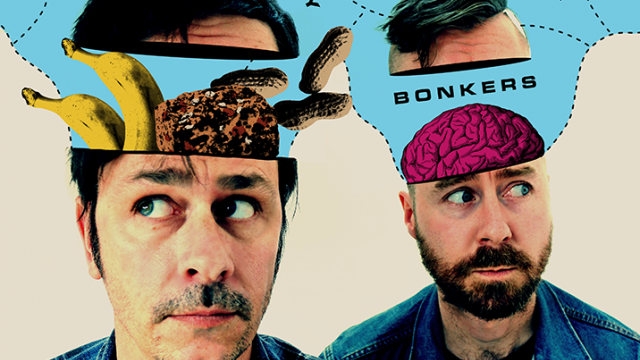 Imagine seeing courage sharing a stage with cabaret. Tucked away in the city, far from the bright razzamatazz of Fringe activity in Adelaide’s East End, an unassuming performance brilliantly showcases this rare mix and it’s taken my breath away.

Mental As Everything stars Damon Smith and Adam Coad. Each suffers from a mental health issue, but they face it head on in this show, a production that melds mental health with music in a unique, entertaining and impactful way.

Anxious Damon has spent tens of thousands of hours in his life dealing with his obsessive compulsive disorder, including obsessive thoughts, involuntary movements and utterances, as well as compulsive tasks. Adam struggles with severe anxiety.

Despite and because of these issues, they have teamed up to present an intimate, laid back show full of humour, original songs and music, anecdotes about life with a mental illness and interesting facts about their issues.

Without doubt, the small opening night audience held fellow sufferers as well as those not struggling with such issues, but, looking at the faces, each person was hanging on every word, zany song and anecdote.

Whatever way Damon and Adam see themselves through the prism of their illnesses, the audience see two fantastic, funny and musically talented guys who are facing their demons with courage and putting on a teriffic show.

Mental As Everything is fun, powerful and totally immersive. Don’t miss it.