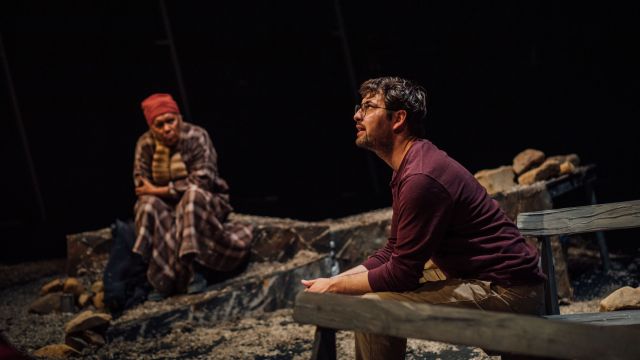 200 years of theft—of cultural continuity, land, children, liberty and often lives, each decade bringing a new form of oppression—have left generations of Indigenous Australians traumatised. Palawa man Dylan Van Den Berg’s exploration of his culture has resulted in the play Milk, where the protagonist finds himself on Flinders Island and able to ask the spirits of his grandmother and great-grandmother about events that have been hidden from him. Slowly, he becomes aware of stories of hardship and heartbreaking tragedy. 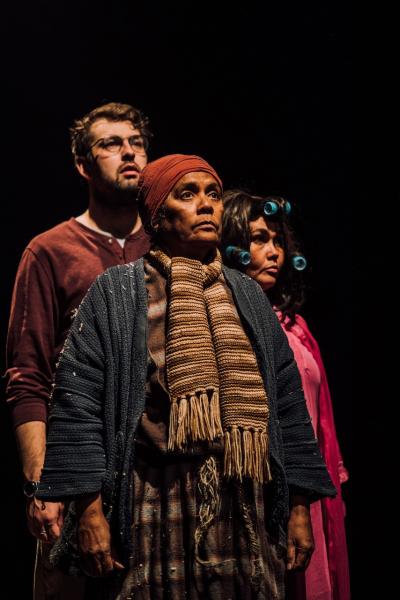 Van Den Berg plays a confused young man struggling to reconcile the White and Palawa parts of himself, expressing both guilt at having escaped the discrimination that his ancestors suffered, and a deep sense of loss and frustration that he doesn’t know their stories. He is supported by two strong performances by Katie Beckett and Roxanne McDonald. Katie Beckett plays the ghost of the man’s grandmother as she appeared in the 1970s: a free-spirit, single, flirty, fun-loving, a “character”. But ultimately she’s pragmatic and strong and routinely hid her First Nations identity as a means to get by in a racist White Australia. For the most part she “passes” as White as a means of survival; when she is found out, she suffers terrible abuse. Playing the man’s great-great grandmother, Roxanne McDonald gives a flawless performance as a traditional Palawa woman kidnapped in the 1800s and taken to Flinders Island, who was given as a wife to a white sealer then indoctrinated into the church. All of the characters portray complexity arising from the internal conflict of surviving in two cultures, which then clash with their own individual needs.

Milk is the first brand new production to come out of The Street’s First Seen program for 2021, developed initially during the COVID lockdown of 2020. That period of development outside the theatre seems to have given this play an emphasis on language and voice. The script is musical – the program includes a copy of the script, and the poetry can be seen in the structure of the language. There is scope for the delivery to make even more use of the lovely rhythmic beats present in the language of the script but director Ginny Savage has chosen a more naturalistic approach. 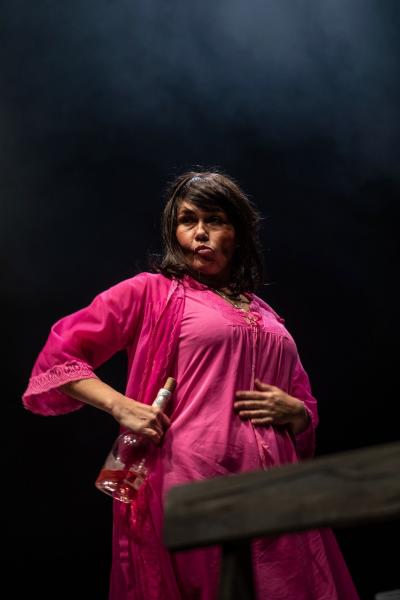 The set has a row of distorted church pews on one side of the stage and a rocky island floor on the other clearly represented the schism between White and First Nations spiritualities. Those elements work very well, but I felt there were a few misses in the design, namely the stage floor being covered with wood shavings which distractingly got into the actors’ clothes and hair every time they lay on the ground, and some parachute silk hanging at the back of the stage as a cloud which could have been more imaginatively lit. There was an opportunity missed for a more atmospheric sound design, making more of the windswept island. But this is just my nit-picking a heartfelt, personal production.

Milk is an important, beautifully written play that well deserves the NSW Premier’s Literary Award that it won this year.