Miss Bilby and the Moss-Covered Cleric 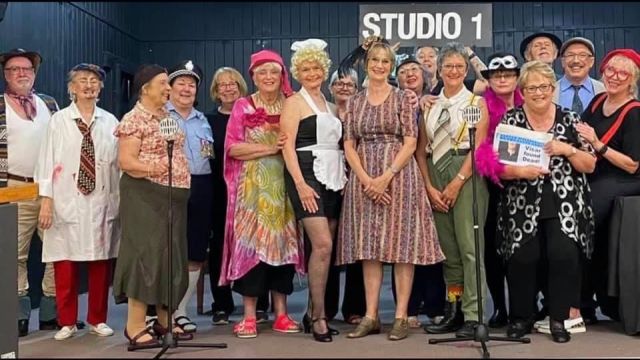 Linguaphiles and fans of all things vintage and retro were in for a treat this Halloween at Miss Bilby and the Moss-Covered Cleric. The punny satire of Miss Marple and Agatha Christie style murder mysteries was brought to us by a cast and crew entirely made up of seniors. It was Mates Theatre Genesis’ inaugural Seniors Perform production, an initiative which serves to support the creative development of seniors in the arts.

The fun and fast paced radio play was centred around Miss Bilby, an opera singer and amateur sleuth, and the murder of the local vicar. She was assisted by Inspector Gammage and her friend Helena Foot-Manning in her pursuit of the truth. The storyline included around a dozen quirky and suspicious characters throughout. As one expects in these kinds of stories, Miss Bilby delivered a lengthy and convoluted exposition speech at the end, where she revealed the identity of the murderer. 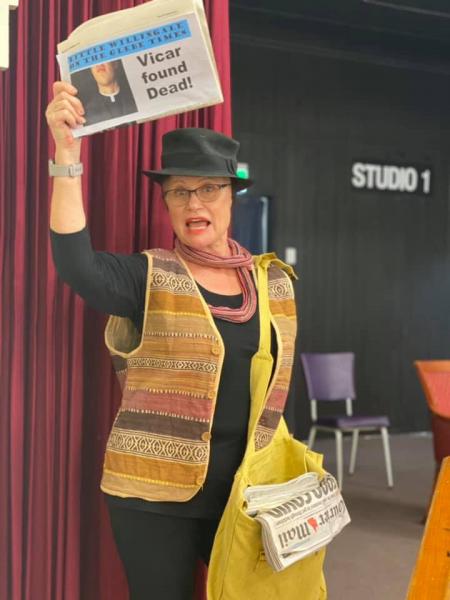 This was a great selection of play for the cast and crew. Everyone on stage and off was having a ball. The cast attacked their roles with energy and enthusiasm. The audience really got into the spirit and laughed and cheered encouragingly throughout. One aspect enjoyed by cast and audience in equal measure was the inclusion of live foley on stage, by Paul Barnes. The costuming and props by Adelle O’Connell and Liz Sanderson were a lovely touch, as producers don’t always go to such lengths for radio plays. 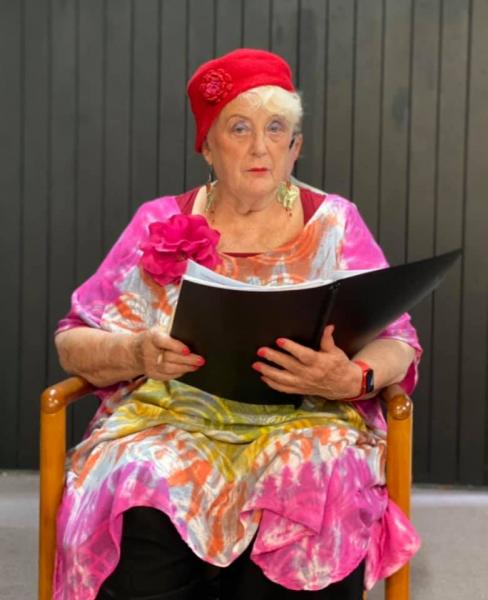 Ian Stevenson (Mayor Bagshot and Dr. Tennant) had excellent commitment and took some hilarious comedic risks – especially when his two characters conversed with one another. Linda Stevenson (Sgt Franklin and Harold Bagshot) had a charismatic stage presence. Glenda Ashleigh brought the house down with her hilarious characterisation of Pearl Grubbs. Evol Hatton had beautiful articulation in her role as narrator. Dianne Porter did a great job handling her enormous part of Miss Bilby.

Suze Harpur found a bunch of clever ways to inject visual humour into such a wordy script. She also did well to tackle the challenges of using a small stage with a large cast. Margaret Laurence should be commended for the stage management of all the comings and goings and props too. 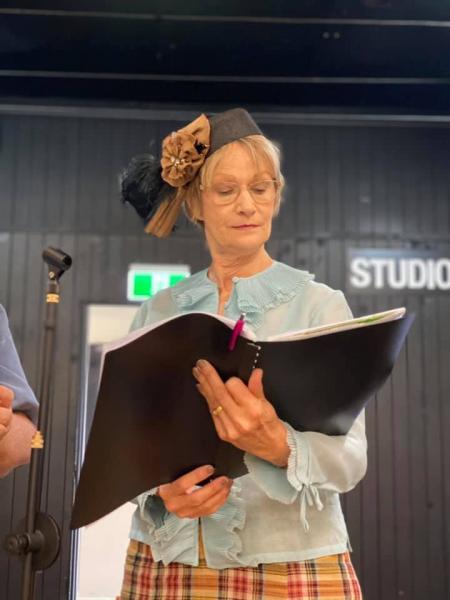 When you think of inclusivity in theatre, you might often think of gender and racial inclusion. It’s so lovely to see Mates Theatre Genesis thinking of age inclusion and acting to make it happen. Keep an eye out next October for the next Seniors Perform production.