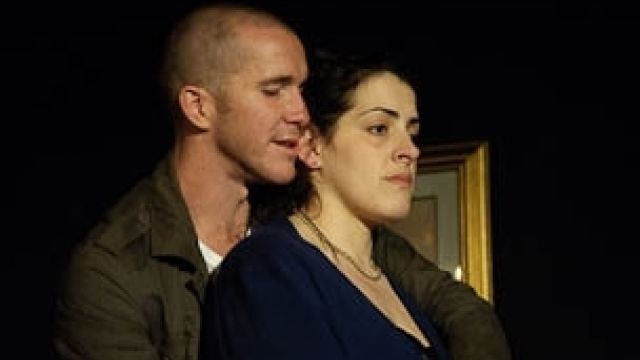 Betrayal takes many forms. In Pinter's classic play of the same title, Jerry has an affair with Emma, the wife of his best friend, Robert. In local playwright Shelley Wall's first play, Missing Pieces, two married women, Jackie and Carla, begin a love affair whilst their husbands, social friends, continue to play pool and drink together each week. Victims react in different ways when a betrayal is discovered. Whilst Robert becomes sullen and withdrawn, Jed in Missing Pieces, acts out violently.
Missing Pieces is an impressive theatrical debut by Wall, who carrried off the trifecta of being the show's writer, director and producer. This four hander was well plotted and generated plenty of heat from its strong dramatic premise.
The playwright brought a talented young cast together to bring her play to life. Naomi Parszos and Anna Grace Guy were convincing, portraying two married women who felt that there were missing pieces in their lives even though they both had husbands and young children. An astute writer, Wall depicted how the emotions of the two women oscillated wildly through their affair, as they surely would.
Daniel Hunter as Brett and Danny Rey-Conde as Jed played the two cuckolded husbands. In particular, Rey-Conde's portrayal of raw anger rang true, in this current social climate, where our courts are often busy with women requesting Apprehended Violence Orders. Wall's production doesn't hold back on portraying the violence that ensues, with excellent fight choreography work by Kyle Rowling.
Missing Pieces is presented by Damshell Productions, a company that the playwright formed with Damien Kershaw in 2008 with the goal to produce provocative new Australian work.
Missing Pieces plays the Tap Gallery, Darlinghurst until the 8th November. It is then set to have a further life, with plans on foot to take the production to fringe festivals next year, in Adelaide, Melbourne and Edinburgh.
David Kary