Moon Over Buffalo by Ken Ludwig 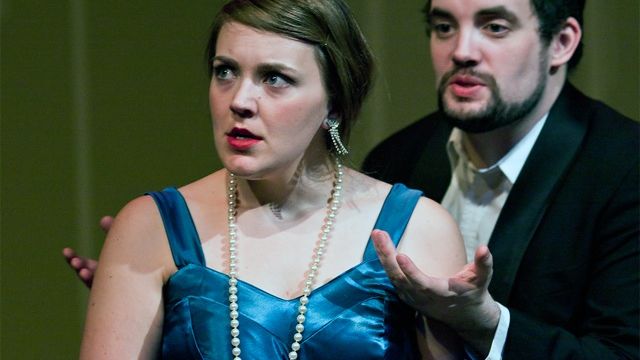 George and Charlotte, who feel their heyday passing as stars of the stage, are set to impress the film director Frank Capra, casting for his forthcoming blockbuster, when things start to go awry, in Rep's latest paragon of comic timing.

Drawing an audience entirely into a stage play is not an easy thing to do. The stage requires such artifices as the whisper you can hear in the back row. But Moon Over Buffalo was acted with enough conviction to draw you in. Ian Croker's George in particular conveyed, through facial expression alone, a great deal of the likeable rogue within a Shakespearean actor about to lose his career and his marriage because of "one simple mistake", and utterly convincing was Fay Butcher as Charlotte's straitlaced mother, Ethel.

The revolving set design, though by no means minimalist, was simple in execution; but its multiplicity of doorways into the one room was what enabled much of the slapstick to work well, as well-timed entrances followed on the heels of unfortunate exits. Well set up by the first act—itself quite funny—the second act was genuinely hilarious.

Worth seeing at least once.