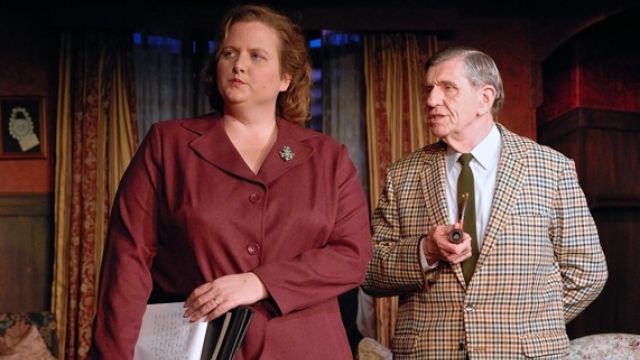 Sixtieth year of its West End run! Agatha Christie’s estate released amateur performance rights to this legendary whodunnit for 2011-12 only. Little theatres rushed to cash in.

Full-house scheduled performances this middle week of Centenary’s run is a tribute to their slick professional production. Centenary board wasted no time negotiating with the company to perform extra matinees. So I managed to catch it.

In her shows' casting, direction and performances are everything. This show succeeds on all counts! Director Kurt A. Lerps cast prestige actors, age and physical characteristics correct. In turn, they rejoiced in creating from Christie’s script eight characters we could empathise with, warts and all. A true ensemble performance, everyone worked together towards the resolution (about which we all took an Oath of Silence before the play commenced).

Equally committed and talented creatives supported them. Without their splendid set, effective lighting and sound design and operation, and efficient stage management, the quality of this show would have been diminished.