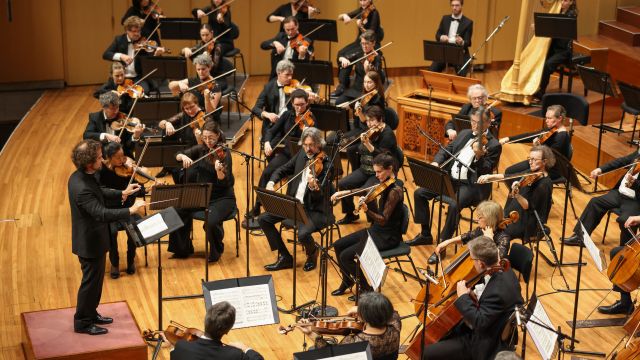 It was heartwarming to see an almost full house at the Queensland Symphony Orchestra's matinee performance of this Mozart classic. All of our national orchestras have suffered at the hand of the pandemic, the QSO being no exception, sadly, particularly as it has grown and flourished to become one of Australia's most respected orchestras, even internationally.

Under the colourful and animated baton of guest conductor Jonathan Stockhammer, the orchestra performed a mixed program of works from three eras of music culminating in the publicised masterwork. Additional performers were the Brisbane Chamber Choir and solo vocalists Sara Macliver, Fiona Campbell, Andrew Goodwin and Pelham Andrews. 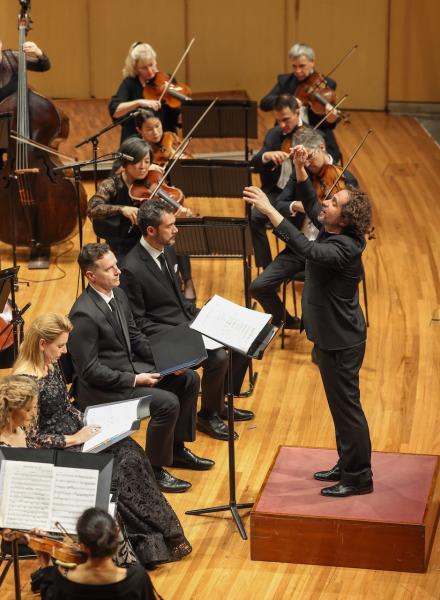 This is a very intense and beautiful work based on the Book of Revelation with an intriguing background of deception and mystery but more important a fitting opus being the last of Mozart's compositions. Unfortunately he died while trying to complete it though his wife and one of his students, J.L Eibler, eventually came to the rescue (amongst other scholars like, in this revised version, musicologist Robert Levin).

The program also included Debussy's sublime and understandably famous 'Prelude to The Afternoon of a Faun', a quintessential example of Impressionism in its purist form, along with one of Igor Stravinsky's lesser known works scored only for the wind section 'Symphonies of Wind Instruments'. Though not a symphony as such, this is more of an experimentation of sound in true innovative Modernist style. Perhaps not the best choice for Mozart fans but possibly appreciated by concert regulars who like a little more salt in their stew. 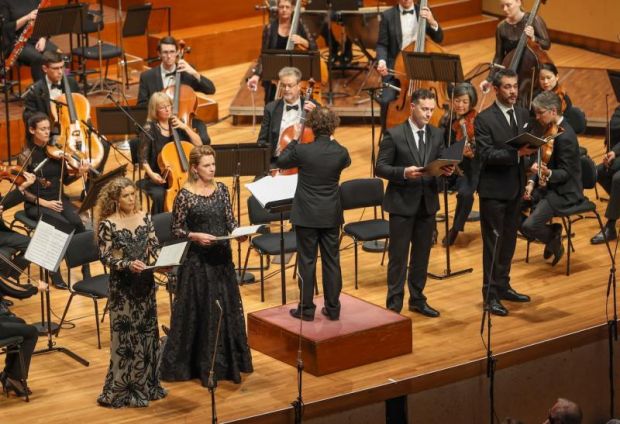 In reputable fashion, this was a very polished and professional presentation with some fine solo performances from the orchestra, when required, and vocalists alike. All four solo vocalists' additional experience totalling a myriad of operatic roles shone through to the point where you really felt as though you could be in one of the best international performing houses of the world.

Being election eve one couldn't help thinking whether this work was fitting for the hours to come, though of course not exactly as a Requiem Aeternam!