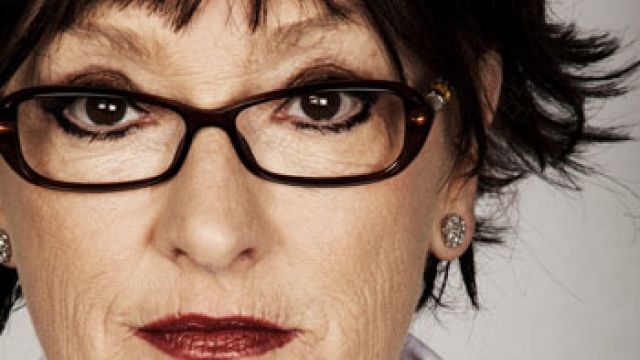 Without doubt, this play is the most gripping and intense piece of theatre I’ve ever seen in Canberra, and the calibre of the acting is, put simply, flawless. The audience gets to experience vicariously the gut-wrenching life of a politician trying to balance deeply-held moral convictions in a viper-pit of an environment—something usually beyond the public consciousness.

The characters are faultlessly drawn. Geraldine Turner is perfect in the role of Ava Turner: an opposition MP trying to make a real difference. Ava is tough and uncompromising, more so with herself than others, which ultimately is both a strength and a weakness. Playing Ava’s new assistant Nadia, Leah Baulch is completely real to us as a naive woman learning the political system, and after seeing her becoming absorbed into the Machiavellian political context, it becomes a shock to meet her later as a single mum at home with her young daughter. Stephen Barker beautifully plays two very human and empathic roles, interestingly both foils to the Canberra machinery, calling out the inconsistencies and hypocrisies.

Taking on five roles of varying importance, Andrea Close immediately establishes her characters with pitch and pace of speech and posture. Costumes help, but, for instance, the audience can tell from the way she’s sitting legs askew, aggressively leaning across the table with her phone outstretched, that Tracey is a journalist. Likewise it’s obvious from the lightning fast delivery and tilt of her chin that public servant Bonnie is brilliant, knows the system backwards and won’t suffer fools. Soren Jensen’s transformation between his two roles is breathtaking. As Drew, from the Shadow Attorney General’s office, he’s scheming and adversarial, looming menacingly. When he appears as Cliff, a young, intellectually disabled man, he’s almost unrecognisable—his mannerisms and speech are exactly right. He even seems shorter.

It’s extraordinary that something so passionate could be made out of this subject matter, given the legendary ugliness of bureaucratic language, and how confusing, and therefore boring, power struggles can be seem you don’t understand the system. Valentine’s script fleshes out and makes very human the lives of politicians, apparatchiks, and journalists. These are not the robotic, ruthless narcissists we think we know.

It’s impossible to talk about this play without mentioning some of the issues raised. The opening is almost a dialogue between second-wave feminism and post-feminist womanhood—with an amicable outcome. Other questions arise organically from the story: How is the system failing young intellectually disabled people? Are journalists—even female ones—tougher on female politicians than male ones? How do very principled people cope when they know almost everything they consume depends on someone’s exploitation, somewhere?

Director Caroline Stacey has chosen to ramp up the tension with a stark, black and white set, harsh side-lighting reminiscent of interrogation lamps, and piles of white saucers, not only representing the mountains of paper that accumulate in public offices but also the precariousness of Ava’s position—a visual pun on the spinning plates metaphor. Tense moments are accompanied by an unnerving sound design incorporating low, foreboding notes building to the noise of breaking crockery. Every prop has been carefully chosen to add to the mood. Even the scene changes are used to add atmosphere, as scraping furniture blends edgily with the background sounds. 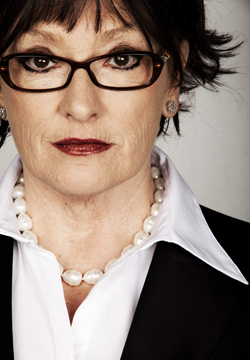 If there is one aspect of this very coherent and clever design and direction that could be seen as a drawback, it’s that the mood is so relentlessly uncomfortable for the audience. Of course that’s unfair—theatre should discomfort as much as entertain. But there are moments of relief in the script, especially in scenes between Ava and her partner Raymond, where the stress lifts, just for a moment. I craved some warm colours in those scenes, a little relief from the glare of the harsh white spotlights. But then, that’s very much the point—there isn’t any relief for politicians, even on the opposition back bench.

It’s impossible not to get swept up in this story. From the very first scene, the mood surges in waves like an incoming tide. Valentine knows precisely when and how to crack a heart-rending monologue with a laugh, which echoes in stark irony as the speech continues. It’s brilliant stuff.

For anyone who wants to understand something of the lives of and pressuresendured by our elected representatives, MP is unmissable.