The Music of Queen – A Rock & Symphonic Spectacular 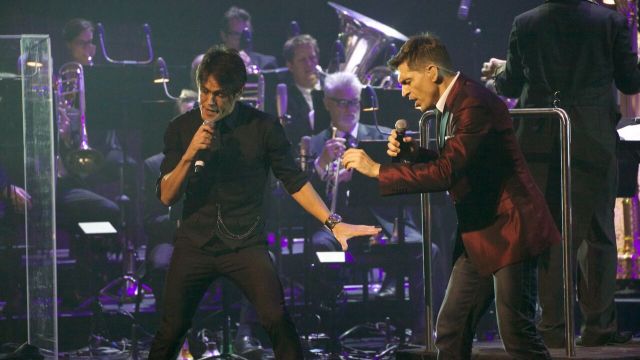 A lavish symphony orchestra, a pulsating rock band and four top musical theatre performers combine to celebrate the hits of one of the greatest rock bands in The Music of Queen – A Rock & Symphonic Spectacular.

A broad selection of the supergroup’s greatest hits feature, including ‘It’s a Kind of Magic’, ‘We are the Champions’,‘We Will Rock You’, ‘Killer Queen’, ‘Crazy Little Thing Called Love’, ‘Another One Bites the Dust’ and ‘Bohemian Rhapsody’, and as the saying goes, many more.

Musical Theatre performers MiG Ayesa (home in Australia after 10 years in New York), Michael Falzon, Amanda Harrison and Broadway performer Carly Thomas Smith are no strangers to the music of Queen, having starred in We Will Rock You both here and internationally.

While many of the performances were classic rock and rock’n’roll, others were clearly music theatre influenced takes, ensuring a far more original experience than your conventional tribute show, even before you take the magnificent orchestra into account.

MiG Ayesa’s rock’n’roll stage roots stretch back to his breakthrough performance as Ritchie Valens in Buddy, so it’s no surprise that his commanding performance is a highlight. So, the real surprise and delight of the evening for me is musical theatre star Amanda Harrison unleashing her rock diva.

The enthusiastic house on opening night spanned all ages, from children and teens up, emphasizing the ageless appeal of Queen’s music.