My Name is Jimi 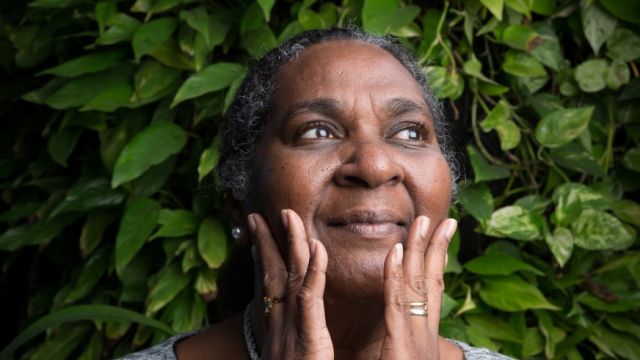 You don’t know Jimi Bani’s family when you take your seat. But by the time the welcome mat is rolled up at the end of the show, you feel part of it.

That’s not only a testament to the love of family that Jimi Bani shares as the next chief of Wagadagam, Mabuiag Island in the Torres Strait, or his infectious smile and easy audience rapport following 12 years of stage, film and TV acting. It’s in the humble way four generations of his family have come together to share their past and present and hopes for the future through music, dance and storytelling.

There is more at stake here than entertaining an audience and leaving them with something to think about. There is the survival of a culture that is dealing with language barriers and the need to pass on oral histories to young people who are more interested in screen time than family time.

This is not a show-and-tell production, it is not self-indulgent and director Jason Klarwein, who also co-created the work, is careful not to infuse it with a sense of desperation or accusation. The focus is on the strength of character and inventiveness of a people who are proud of their family, their home.

Jimi’s mother and grandmother, brothers and son all join him on stage. They are not trained actors however the physicality and discipline of the boys is evident in their dancing skills and use of the Bille Brown performance space. Jimi’s mother Agnes Bani and grandmother Petharie Bani settle into the stage with ease, spending a deal of time playing music with their backs to the audience as though the stage lighting were nothing more than the setting sun behind them on the shores of Mabuiag Island. They also share some beautiful unscripted moments with the boys.

The composition of this production is so clever. It is minutely shaped and choreographed in some parts and free flowing and improvised in others. It is here the design team of Simona Cosentini and Simone Tesorieri, in their Queensland Theatre debut, must take a bow. They take a dark performance space, and with the deft touch of lighting designer Daniel Anderson, fill it with miniature oceanic worlds and dreamtime visions using models and cameras and projectors, all animated in real time by members of the Bani family. Then they pull back to a simple fire to set the scene as four generations struggle to communicate with each other in three languages.

To keep the fire burning and help preserve Torres Strait Islander culture is the reason Jimi, Jason and Sam Strong as Queensland Theatre artistic director have invested in this work. The flame is now being passed to all those who see the show, young and old, don’t let the flame go out!