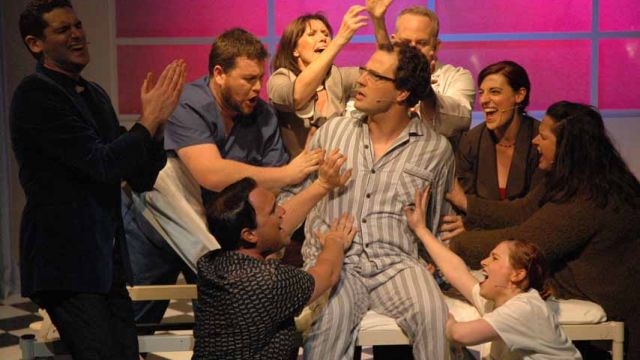 Music and lyrics by William Finn, with a book by Finn and James Lapine. Squabbalogic. Sidetrack Theatre. October 26 to November 12, 2011.

Want to be thoroughly entertained and moved by a well-produced, off-beat, quirky little musical?

A New Brain is just the thing!

Who writes a vaudeville-styled, through-sung musical about a songwriter suffering from arteriovenous malformation (a potentially fatal brain disorder) and the subsequent life-threatening surgery and coma, making it entertaining to boot? 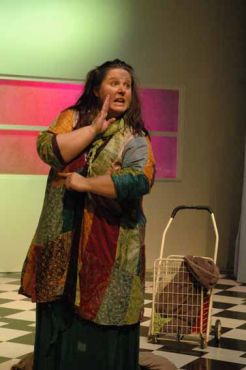 The songwriter who lived through it!

Composer / lyricist William Finn (Falsettos) recounts his own harrowing, near death experience in the best way available to him – a witty, autobiographical musical, drawing on just about every possible musical genre.

It might sound a bit macbre, and there’s some pretty grotesque characters, but on balance A New Brain is particularly entertaining, often moving, never weighed down with anything maudlin, and ultimately lifts your spirits.

Sidetrack Theatre is rapidly becoming Sydney’s ‘Off-Broadway’ musical hub, and this is yet another splendid offering from a rising, increasingly important Indee company.

Aspiring Broadway songwriter Gordon Schwinn takes a break from slaving away at his keyboard, writing songs for children's TV entertainer / frog, Mr Bungee. Meeting with his agent over lunch, he is rushed into hospital after collapsing into his meal. Faced with a life threatening operation, he contemplates dying without writing the hits within him, developed even further in a wonderful, highly theatrical coma sequence (Fosse influenced?) which draws him back from the brink, to renewed creativity and a new outlook on life. 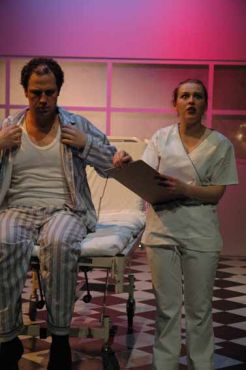 Director / Designer Craig Stewart gives the show a snappy, lively, sympathetic production, facilitated by his simple hospital curtain design which ensures a fluid, un-interupted flow through the show’s numerous, cinematic scenes and transitions. Not surprising. The production has been bubbling away in his head for years, he told me over a post-show drink. Simone Salle provides the show with appropriately high energy, witty, choreography, which also sparks things along nicely, and is danced with pizzazz. 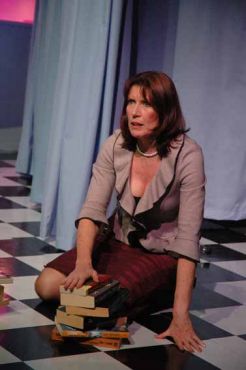 Jay James-Moody delights in a hysterical comic highlight as Mr Bungee, a bizarre, entertaining TV frog / children’s show host; the nightmare character in both Gordon’s conscious life and hallucinations. His appearances escalate the comic escapades from vaudeville to utter absurdity. 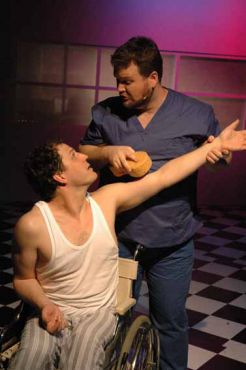 The role of the priest / hospital chaplain (Mark Sippell), though, seemed to have scant purpose apart from being dismissed as redundant by a Jewish patient.

Musical Director Alex Ash and his band are excellent.

Co-producer Jessica Burns puts the icing on the cake as sound designer, with this ultimate make or break musical theatre element  in particularly safe, capable hands.

It has taken more than a decade for this 1998 musical to have a Sydney airing, and it’s only through adventurous young producers like Squabbalogic, producing from a place of passion, that this type of piece will meet with appreciative local audiences.

It hardly amounts to brain surgery (bad pun intended) that Sydney musical theatre fans should get along and support A New Brain. 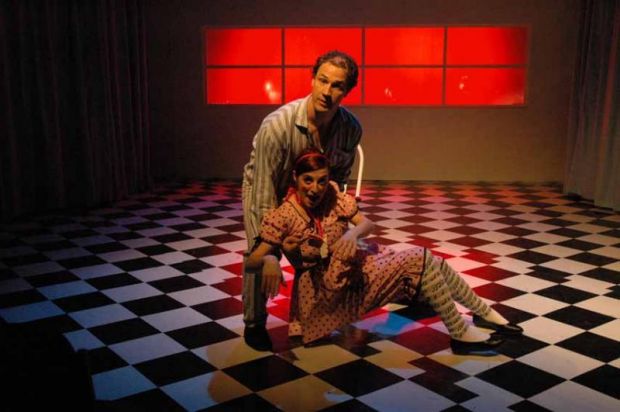 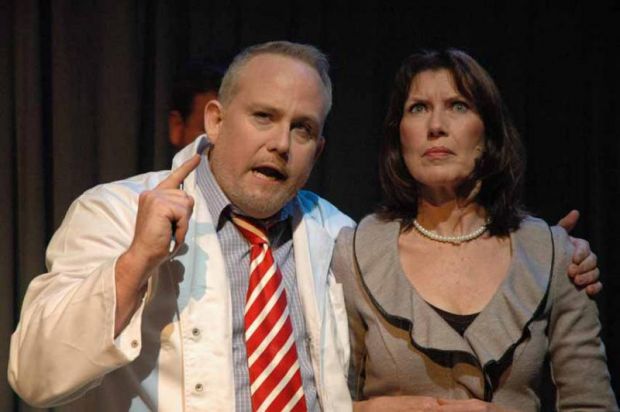 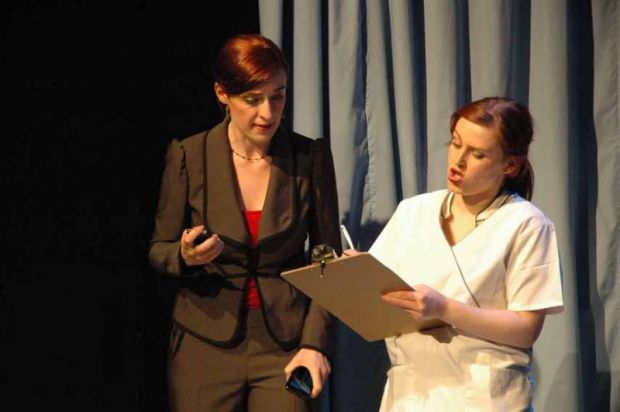