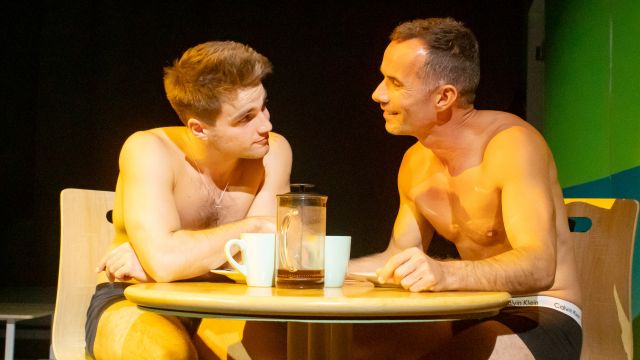 ‘He chose you, isn’t that enough?’ Brandon’s answer to Adam’s dilemma of having a boyfriend who is also a Christian. Next Fall explores the often-avoided subject of homosexuality versus religious faith and examines what it means to ‘believe’ and what it might cost if we don’t.

Premiering Off-Broadway in 2009 and using humour as a base, Next Fall’s themes are still as fresh today, diving into relationship conflicts, family disfunctions, mid-life crisis, coming out, and coping with loss among others. 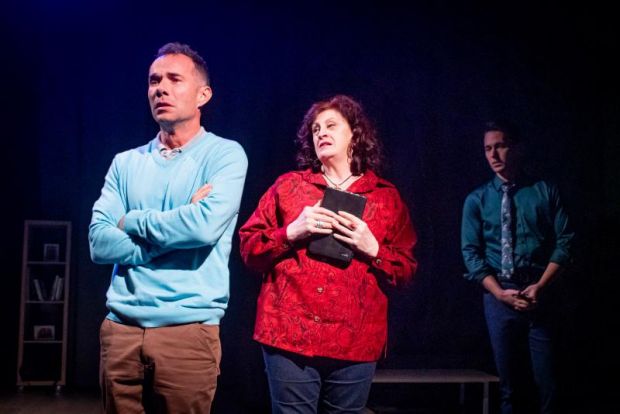 The play spans a four-year period in the relationship between two gay men, Adam and Luke, in a committed relationship with a twist. Luke is devoutly religious and Adam, an atheist. Their story is told, dispersed with flashbacks, to give depth to the narrative and to each character’s story.

Based in a hospital waiting room (with Luke on life support in the next room), the set also converts to Adam and Luke’s apartment, Luke’s hospital room, a rooftop, Central Park and a hospital temple. Set changes are mainly managed by the cast in subdued lighting. Director Darrin Redgate’s set design, coupled with Lucy Mitchell’s lighting design is functional, economical and provides enough location concept without being distracting. 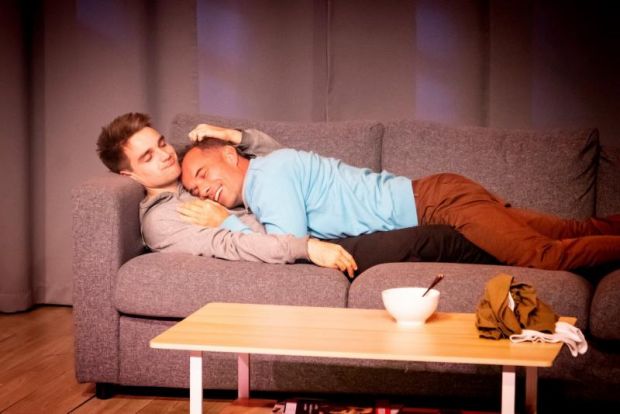 Redgate’s direction centres the focus on relationships. Characters are carefully revealed and explored. He takes us on a roundabout of emotions and leaves us at the end exhausted (in a good way), questioning some of our beliefs and reaffirming others.

Although Next Fall is an ensemble piece, the play is dominated by Adam. Matt Hyde’s performance is a masterclass of acting. He gives us a complex character - insecure, wounded, intense, emotional, dealing with aging and a hypochondriac. He drives the play at a frantic pace at times and alternately frustrates us and breaks our hearts. 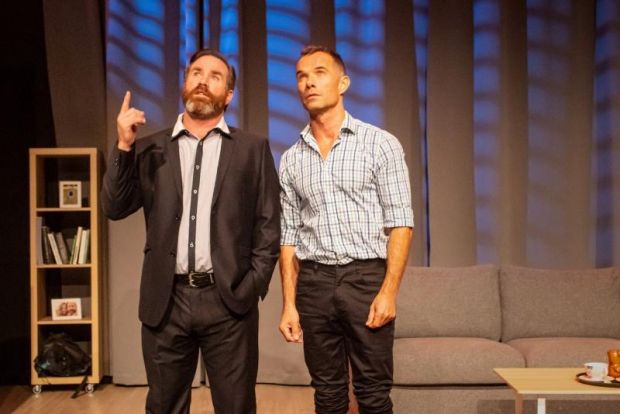 Tom Murdock’s Luke, Adams’ younger boyfriend, while seemingly undeterred by being gay and a Christian is inwardly torn. Murdock plays this with a calm assurance until the pressure of not being ‘out’ to his parents and dealing with Adam’s quirks breaks him. His breakfast scene with Adam and their sofa scene in Act II are highlights.

Claire Sara portrays Holly, Adam’s best friend and employer, with a quiet strength. She is the ‘glue’ that holds Adam together while dealing with her own emotions. Her support for the other characters in the Act II hospital scenes, while trying to hold herself together, is impressive. 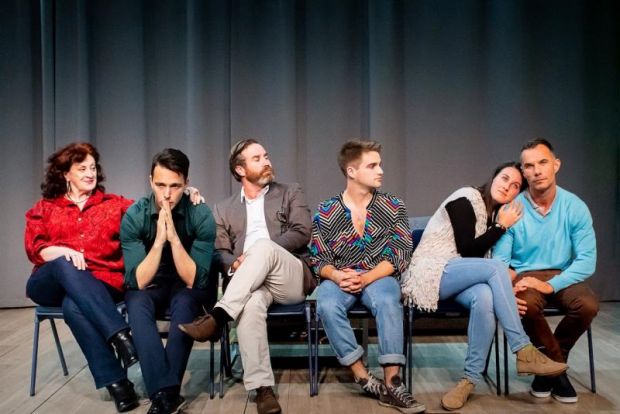 Jason Jefferies’ Brandon, Luke’s closeted friend, while initially insular, is dealing with his own demons. Jeffries plays him with a quiet intensity. His Act II scene with Adam, where his private sexual life and views of religion are revealed, is skilfully handled.

Luke’s parents, Arlene and Butch (Lisa Lanzi and Brendan Cooney), both Southern Baptists, while initially seemingly caricatured, develop in Act II and both have moments when their inner turmoils are revealed. Lanzi’s scene with Adam in Act II outlining her addictions, failed marriage and acceptance of her son’s sexuality is touching. Cooney is well known for his comedy portrayals but easily switches to drama and plays Butch with resolution and determination. 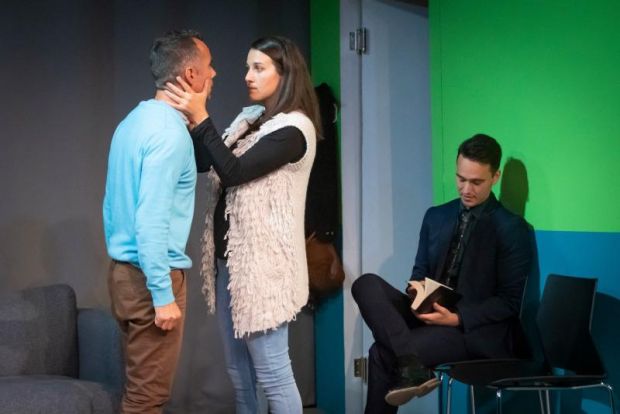 It would be easy to dismiss Next Fall as simply another play about LGBTQI rights, but it is so much more. It is about love, home, family and relationships and asks some important questions for each and every one of us. Bravo BOYSLIKEME productions and cast!

Lisa Lanzi is a reviewer for Stage Whispers