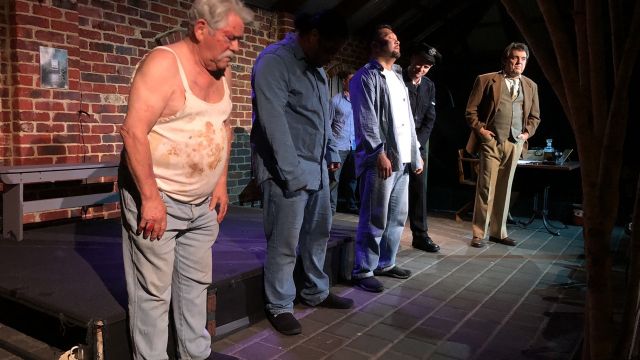 Not About Nightingales is a lesser known Tennessee Williams play. The first play written under his famous pen name, Not About Nightingales was written as a college assignment to write a play based on newspaper articles. The young Tom Williams chose to base his work on the torture and deaths of prisoners at Pennsylvania’s Holmesburg Prison. Rejected by theatre companies in the thirties, the play remained unperformed and lost to time, until actress Vanessa Redgrave tracked it down. First performed in 1998, this production by Life on Hold Productions is the Australian Premiere.

Performed against the brick walls and barred windows of a room at Canning Vale’s Last Drop Brewery, the unconventional and intimate setting makes a striking and appropriate venue for this show (a little bit of noise pollution aside). At the preview, the director asked us ask to excuse the technical difficulties - but we could find nothing to complain about with the atmospheric lighting design from John Woolwrych and a strong sound design from Sarah Christiner, under the control of Kate O’Sullivan. 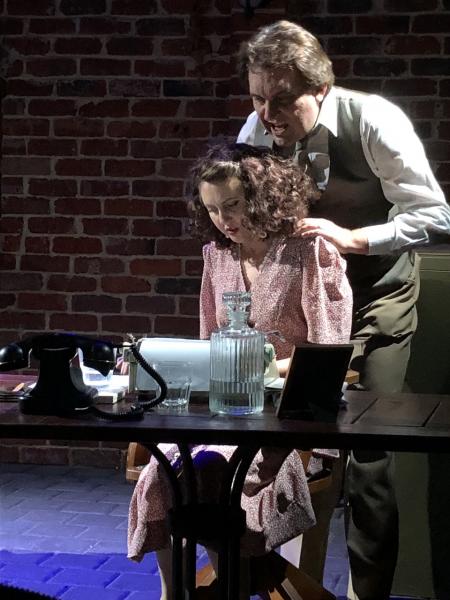 Our journey into the prison world centres around Eva Crane, a young woman desperate for employment, who takes a job as a stenographer in the prison office. A sensitive performance with great depth by Nicole Miller, her beautiful costuming is a continual reminder of this era. Eva forms a friendship with prisoner “Canary’ Jim Alison, very well portrayed by Chris Kennedy. The prison warden, Whalen, is expertly played by Chris Thomas, who is unnervingly convincing as this cruel and unlikeable individual.

Leader of the prisoners Butch O’Fallon is given strength and layers by Phil Barnett in a particularly memorable performance, but all of the men are given distinct personalities. Strong ensemble and characterisations from Alex Fuderer, Josh McGee, Trevor Dhu, Curig Jenkins, Erik Bibaeff, Rex Gray and Andre Rodriguez. 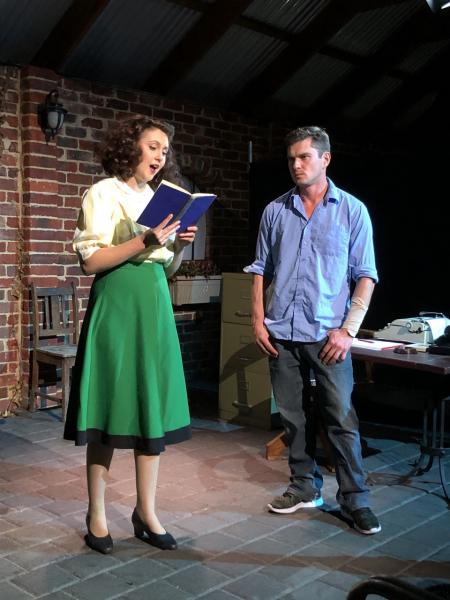 Petrina Harley makes a brief but very poignant appearance as Mrs Bristol, the mother of a vulnerable prisoner, while Lliam Gregory nicely inhabits two very different roles as guard Schultz and the Chaplain. Kate O’Sullivan completes the cast as the voice of the Lorelei.

Wonderful to see this lost gem, a must see for Williams fans and lovers of good theatre in general. This highly dramatic, intimate production is well paced, well acted and well worth watching.