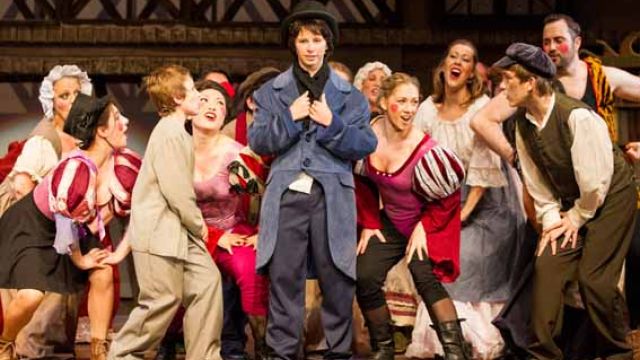 Dickens’ story of an orphan who finds a loving home, after a detour via London’s 19th century Underbelly, and the songs from Lionel Bart’s musical version, need little introduction.

Darkened in mood for the 1990s Sam Mendes / Cameron Mackintosh production, with atmospheric orchestrations and pruning of its musical comedy elements, it’s now probably closer to a contemporary music theatre piece than the effervescent 1960 original. After the mood is set during a prelude, this Oliver! really gets underway, as do all productions, with a lively little army of kids (in this case both girls and boys) for ‘Food, Glorious Food’.

The orphans are generally less synchronized and played with more individuality in this production than in some others I’ve seen. But were some of the kids a little overawed by opening night? Some supernumerary children, who apparently only added to the mix a few rehearsals beforehand, were a little shaky in their moves.

On opening night, sweet-voiced, aptly-named Oliver Noakes gave a quiet, gentle interpretation of the title role which he plays at alternate performances.

When Jack Paterson (Artful Dodger on opening night) burst on the scene for ‘Consider Yourself’, he brought animation and energy, in combination with the small adult ensemble, particularly an exuberant troupe of troubadours. The show’s pulse leaps instantly when Charmaine Gibbs, charismatic and vocally outstanding as Nancy, appears on the scene, and the production gains real impetus. She’s joyously supported by Jade Schofield as her offsider Bet. Gibbs places Nancy’s tragedy firmly at the heart of the production.

An interesting decision to stage the chase in the Act 1 finale in slow motion might have been somewhat more effective supported by a strobe or other technical effect.

Act 2 of Oliver! charges along with an inevitable momentum, which this production spiritedly captures. Along the way old stagers Ralph Bott (Mr Brownlow) and Malcolm Gregory (Dr Grimwig) contribute effectively in supporting roles.

Minor opening night hiccups and insecurities (and there were a few)  can be put into perspective as nerves and the result of extremely limited rehearsal and technical time available in venues like Hurstville Entertainment Centre leading up to opening night, in a production which is certain to gain assurance as the season proceeds. 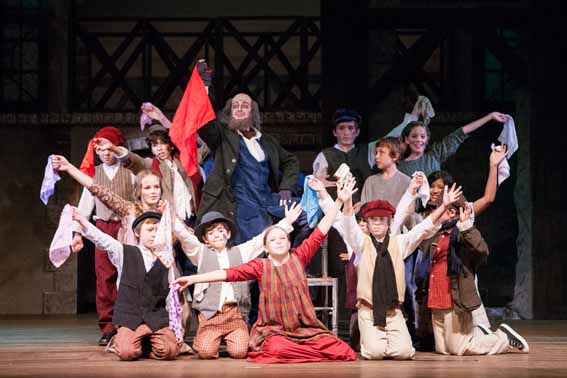