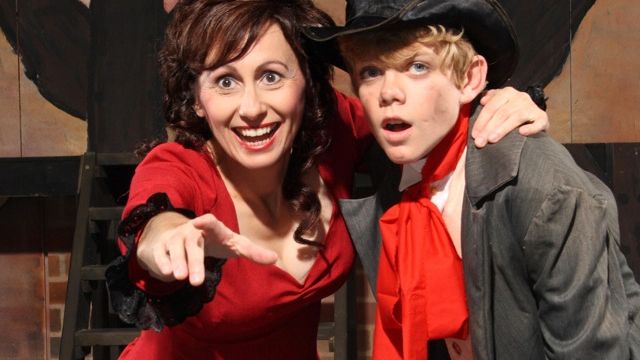 The opening night of Cairns Choral Society’s production of Lionel Bart’s Oliver! was an enjoyable night of musical theatre.
A large cast of enthusiastic young performers gave the production verve and energy. Young Rohan Treanor was a strong, confident Oliver, while Jayden Locastro almost stole the show as a charismatic Artful Dodger. Stage veteran John O’Donnell was a fitting Fagin, in a role that could have been created for him. John’s rendition of Reviewing the Situation - performed after an unscheduled twenty-minute fire alarm evacuation of the theatre – was both bold and strong and brought the show back on track after the interruption.
Of the other principals, Venera Walsh was a likeable Nancy, Boyd Lenne a sinister Bill Sykes and Shawn Brack a bumbling Mr. Bumble.
The complicated set changes were completed effortlessly and the chase scene, where Oliver is pursued by the police, was well choreographed.
Oliver! was a little slow to get going, but once it did it hit all the right notes.
Ken Cotterill