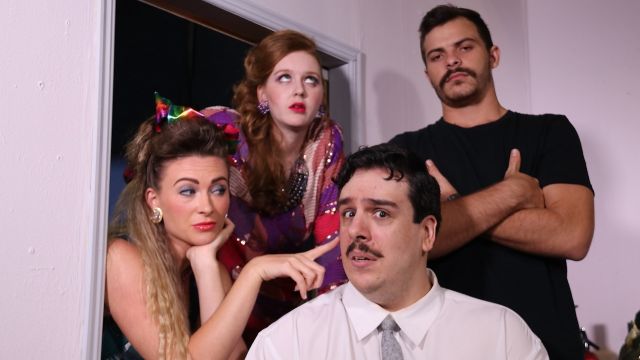 This farce about marriage and contemporary relationships with a bitter–sweet twist, is set in London in the 1980’s with its focus on a secret shared by the two couples. The mayhem that ensues when the secret is revealed the couples makes for hilarious and farcical interchanges between the characters.  It was also great entertainment for the audience.

The lively pace set from the outset by director Craig Longoria was maintained fully. For a farce to succeed, the set has to have numerous doorways – of stable construction – and a cast that is spot on with script and repartee. This was achieved for the most part. The director chose his cast of four well.

The first couple – and I use the term lightly – are Mark and Vicky. John Da Cruz was very good as Mark, matched by Caitilin Jones as Vicky.  The sparring between the two set the tone from the start. What a relationship! 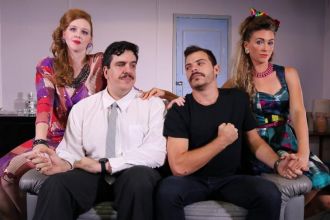 Of course, things only get worse when the other couple come to the house. They are Judith, played by Melanie Pryde, and Eric as acted by Claran Kowald. Their relationship is equally tumultuous but in a somewhat different manner. I did not think that was possible.  Then the secrets are revealed. Wow!  The cast as a whole was very good with their interaction and delivery but I did feel that Claran Kowald could, at times, add a bit more subtlety and variation to his role as Eric.

This production was at the high standard one expects from Mousetrap Theatre and it gave the audience an entertaining and enjoyable night. I recommend it to you all.