Or Forever Hold Your Peace 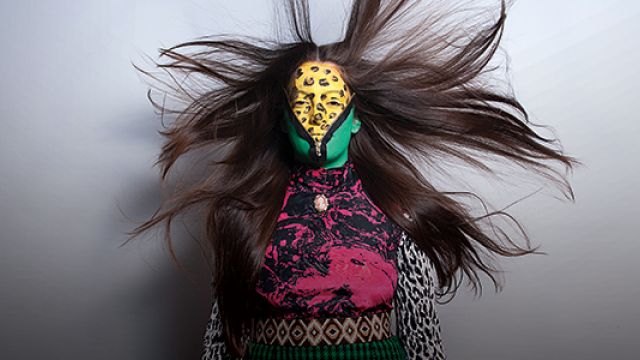 Adapted from Charles Mee’s Iphigenia 2.0, after Euripides, with contributions and dramaturgy by Morgan Rose. La Boîte Indie and Motherboard Productions with the support of QPAC. Roundhouse Theatre. 12-29 November, 2014

It is always refreshing to see a contemporary adaptation of a classic: you get to see history in the making without getting bogged down in academia and there’s room for spontaneity, creativity and the flexibility to address a modern audience who are there to be entertained, not educated. Director Dave Sleswick could also see in Charles Mee’s adaptation of Euripides famous play a correlation between the story and the current state of Australia's political landscape and wanted, in this production, to include his own message. There were references to a much-confused political landscape but modernisation of the plot did have its problems: for example, the exhibition of student party mania fusing with the idea of a central character, in this instance Iphigenia, in a fine performance, sacrificing herself for the cause of the multitude. Would this really occur in the present? It certainly doesn’t exemplify teenage suicide, though the writings of these old masters can often be a springboard for many levels of symbolism and discussion. Was the wedding table setting, another example, meant to suggest the Last Supper with Achilles in the central role? And why?

Nevertheless, this was a young, energetic cast full of hopes and aspirations in a production full of originality, with the inclusion of colourfully choreographed dance, mime and a very effective musical score by composer Dane Alexander. There was even a take-off of traditional Greek folk dance, indeed culture, imaginative use of silence and enough clever dialogue to touch on the subjects of the horrors of war, political ambivalence and the old adage of history repeating itself. With generally good performances all round, particularly that of Clytemnestra and a solid portrayal of Achilles (cast list not supplied at the performance), this is a somewhat surreal production fit for all the senses.

I wonder how Euripides would have viewed this version of his work? A kind-of jazzed-up Mozart?