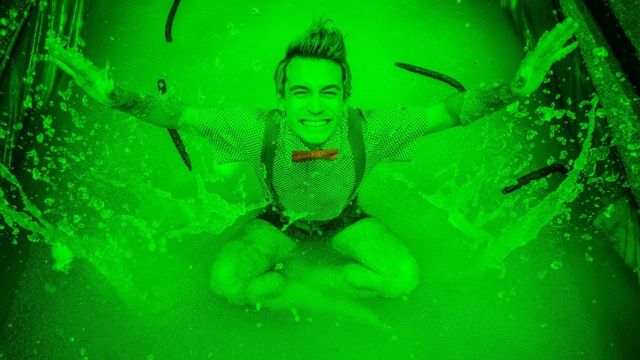 Interest in this show began building from November last year. I can’t recall a premiere that attracted such anticipation, or such an overflow audience!

Not unlike Lewis Carroll’s Alice in Wonderland, Mackenzie, Kimmy and Heath are transported into a fantastic place where they meet amazing characters before they return to reality. My co-reviewer, Bridget (12), offers her opinions: “I loved Out Damn Snot - it was fun-filled, gross, ridiculously funny, slimy... and green! The actors connected really well with the audience and allowed people of all ages to have a good giggle. The show is really funny because heaps of people get slimed! Leon Cain as the Booger Bum Fairy – and all the other characters he played – was a highlight. His Lady of the Nose Flake, on rollerblades, was particularly cool. This is an experience not to be missed – I recommend it to all.”