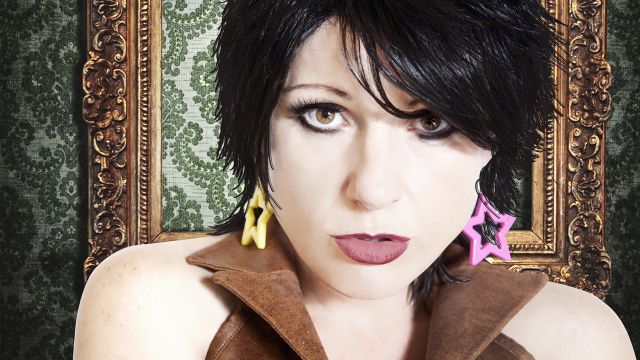 Most of the arrangements are radically different from the originals, often given a somewhat jazzed-up, vaudevillian treatment or songs by two different artists will be presented in the form of a mash up. The results won’t please rock purists, but more open-minded audiences will probably be impressed with how audaciously Hughes thinks outside the square. Her brashly defiant attitude certainly serves to preserve the underlying spirit of these songs.

Hughes’ stage patter is… colourful, to say the least. The show also involves her changing costume onstage (albeit behind a see-through version of the Aboriginal flag) and doing suggestive things with phallic props like carrots and bananas. Those who like their cabaret loaded with raunchy humour will likely get a big laugh out of her bombshell antics, but those easily offended would be advised to steer well clear.

Despite her deliberately crass stage persona, the technical quality of Hughes’ singing is impeccable and exudes finely-honed class.