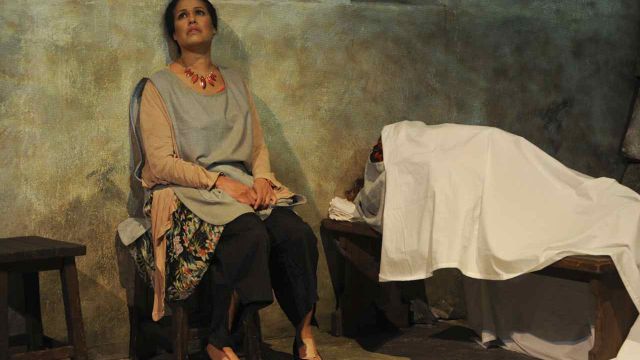 Tanya Goldberg has assembled a formidable cast for this production of Alana Valentine’s poignant re-telling of the traumatic stories of past inmates of The Girls Training School at Parramatta.

First staged in 2007, the play has received wide acclaim as a piece of verbatim theatre that successfully inter-weaves the heart-breaking stories of the horrors the girls suffered at the hands of corrective and medical staff, into a piece of theatre that exposes the dark and hidden horrors yet is interspersed with humour and hope.

Preceding by two years Rudd’s “Sorry” speech and the ‘Lost and Forgotten Australians’ report – and the on-going Royal Commission into Child Sexual Abuse –  Valentine’s play is a telling example of the continuing role of theatre as a reflection of society and an agent for change.

Avoiding the preaching which irritates some mainstream audiences, Valentine has re-created her characters with empathetic understanding using a variety of techniques that take them from their pasts to their brave present with seamless scene changes and carefully considered theatricality. 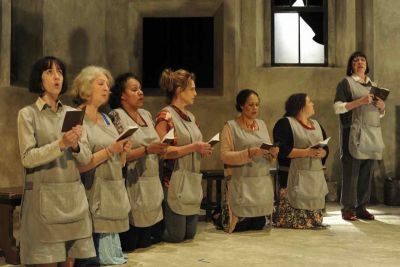 Goldberg has emphasised this with sympathetic direction on a set that recreates in vivid detail the aging institution that still stands a few blocks away from the theatre in which eight very experienced actors recreate the lives of the strong women who had the courage to share their memories with the world.

The cast, as I said, is formidable – Christine Anu, Holly Austin, Annie Byron, Vanessa Downing, Anni Finsterer, Sandy Gore, Sharni McDermott Tessa Rose. Each has a wide variety of experience in theatre, film and television, each brings to life their own Parramatta Girl with amazing depth and understanding and warmth. It would be wrong to single out any of them, as they work together as an impressive, talented team.

Under Goldberg’s deft direction, they bring the compassion of Valentine’s script, and the voices of suffering that need to be heard and acted upon, into vivid reality.