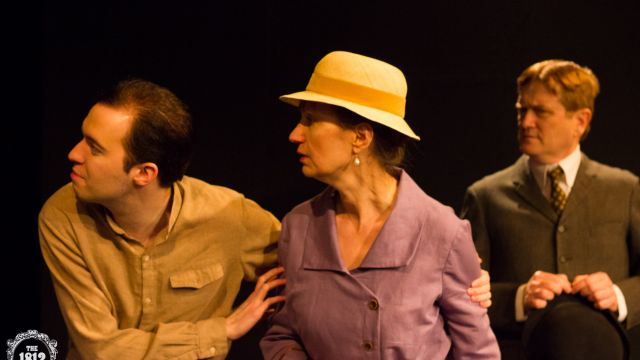 With the hundredth anniversary of Gallipoli this year, there are none of us left to even give a second thought on how Australian Society suffered and survived during, and in the follow up to World War 1. It is left to playwrights, like Kevin Summers, to prick our consciences (and our memories) by reaching us emotionally through drama. Patient 12 is not an easy play to perform or watch. A young soldier, with his face blown off, is in a Melbourne Repat hospital and is going to die. There is no way to identify him except for an initial tattooed on his chest. The doctor tracks down a number of people who may be family and they all dutifully visit. Meanwhile a shell-shocked patient, Percy, insists this is his best mate Leo.

The marvellous thing about acclaimed community theatres (and 1812 is certainly one) is discovering breakout performances, and there are two in this production. 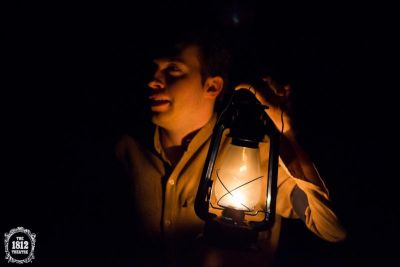 Matt Phillips (Patient 12) is terrific in the many incarnations and interactions with those who seek to claim him. He manages to make each character different and credible, a fine performance. Blake Stringer, as the shuffling, stuttering, shell shocked Percy is a revelation and it can’t be long before we see him performing in major roles on bigger stages. He is totally convincing and heartbreaking. The depth of his performance is made even stronger by his appearances as Percy BEFORE battle, and his love for his mate Leo. His final scene is quite shattering. Playwright Kevin Summers was in the audience and expressed his admiration, stating that Blake could easily have played the role in the original professional production. Danielle Payet gives real depth to Alice, who keeps up the loving pretence of fiancée, even though she has actually dumped HER patient 12 in a “Dear John” letter. She’s a young actress of enormous potential. The older members of the cast were all struggling a little with lines and cues on opening night but showed the promise of what is to come once the season beds in. 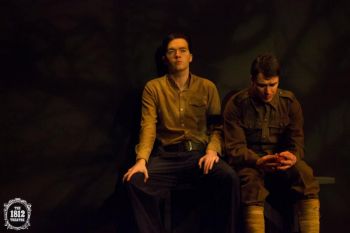 Dexter Bourke’s direction seemed to need more pace, but that will also no doubt bed in. It’s an awkward play with a series of vignetters and blackouts that hold back the narrative drive. Nevertheless his work with the actors was crisp and assured and this is yet another success to add to 1812’s long list of fine dramas for the people in the hills. This is more than a play…it is a piece of dramatised history, and social commentary, designed to remind us of what our ancestors suffered, both on the battlefields and helplessly waiting at home….”Lest we forget.”