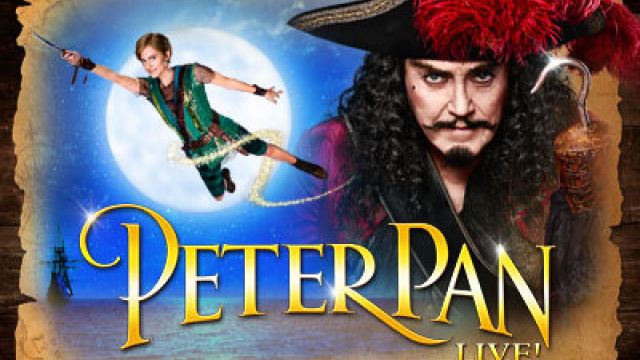 Postponed for a week due to the The Wiz Live being rescheduled in support of the ‘Black Lives Matter’ campaign, NBC’s Peter Pan Live finally got its airing this weekend.

Ever since the first screening of Mary Martin’s Broadway production of Peter Pan in 1955, which brought phenomenal ratings of 65 million viewers, it has been a perennial favourite for the Network.

Peter Pan was an obvious choice. But while this new version by The Lion King scripter Irene Mecchi did offer some magical moments, most of the time it was a routine affair and at over two-hours, a very long routine affair. Girls star Alison Williams was a perfectly acceptable Peter. Her singing voice was consistently true and sweet, her acting had charm, and her aerial acrobatics were simply dazzling. She was one of the brightest things about this stagebound production which rarely soared.

Apart from the classics “Never Never Land” and I’ve Gotta Crow”, she also got to sing the poignant “When I Went Home”, an outstanding newly added song which had been dropped from the original production when it was out of town. Written by Moose Charlap and Carolyn Leigh, and inserted into the last scene of the show when Wendy has grown up (into Minnie Driver), Leigh’s lyrics beautifully completed the story-arc of J.M. Barrie’s novel and helped us to understand for the first time (in the musical’s case) what the show was all about.

Captain Hook is a gift of a role which Cyril Ritchard indelibly made-his-own in the original production, and is here played by Christopher Walken. He swishes around in flamboyant pirate gear but turns in a stodgy performance that lacks brio. At times his pauses make you think he’s searching for lines. Yes, he does tango, tarantella, and tap-dance, which is fun, but the devilish delight of the character is only seen in “Captain Hook’s Waltz”.

Kelli O’Hara is the perfect Mrs Darling and also sings a lovely reprise of “Only Pretend”, a new song which uses the melody of “I Know About Love” from Jule Styne’s Do Re Mi. Christian Borle is a young-looking Mr Darling (Wendy looks more like his sister than his daughter), but he’s delightfully outrageous as Smee.

Taylor Louderman, although too old for the role, was sweet and appealing as Wendy, while Alanna Saunders was an electric presence as Tiger Lily. Ashford gave her the best dance routine with the reversioned “Ugg-a-Wugg” which is now called “True Blood Brothers”, and done full-stage with her group of Indians who all looked like they’d been sourced from The Chippendales.

Overall the dancing was standout, which is not surprising seeing as the Lost Boys were cast from former Newsies alumni. Derek McLane’s sets had a colourful storybook look to them, and technically the show was a minefield with its copious flying sequences, but there were no glitches.