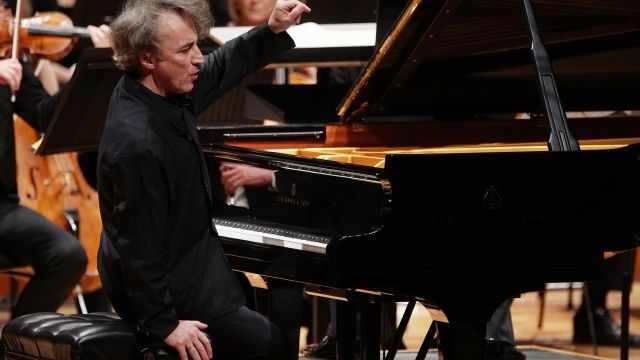 The first concert for 2018 in Queensland Symphony Orchestra’s Maestro series Piano Power set the bar impossibly high indeed; a diverse program of French and Russian music, a Grammy Award-Winning pianist, and a dynamic young Scandinavian conductor delivering a performance not only of musical excellence but of technical virtuosity.

French pianist Jean-Efflam Bavouzet, whose recent recording of Grieg’s Piano Concerto has already been acclaimed as the ‘Best Classical Release’ of 2018 is well-known for his performances of music by his fellow countrymen. This orchestral concert, his only one during his brief visit to Australia, featured the infrequently heard Fantaisie for Piano and Orchestra by Debussy and Ravel’s Left-Hand Concerto in D for Piano and Orchestra. Composed for Austrian concert pianist Paul Wittgenstein, who lost his right arm in the First World War, the left-handed work premiered in Vienna in 1930. A fiendishly clever but difficult piece to perform, it has become one of Bavouzet’s favourite showpieces and his playing of it was nothing less than astounding. With its American jazz-influenced rhythms and constant time-changes and tempi, he attacked the piece with ferocious power at times making the piano sound like there were two hands playing. 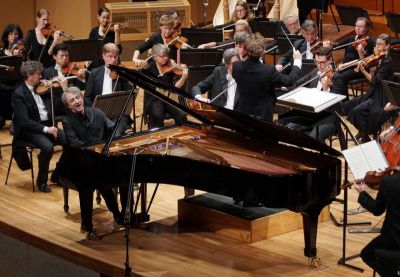 Likewise Debussy’s Fantaisie, written in 1889 but only receiving its first public performance in 1919 a year after the composer’s death, his performance was flawless. With its almost filmic quality it was the perfect companion piece to the bravura left-handed work. Bavouzet also offered the audience more of Debussy with a well-received solo piano encore.

The Overture to Glinsky’s opera Ruslan and Ludmilla, better known in popular culture as the theme to TVs Mom, opened the concert and was a popular curtain-raiser, whilst the closing Scriabin’s atonal The Poem of Ecstasy had the horn and brass sections spectacularly working overtime.

Conductor Daniel Blendulf brought exquisite control to the podium with the orchestra responding with a finely integrated performance. It was an auspicious opening to QSOs 2018 concerts.