The Pirates of Penzance in Concert 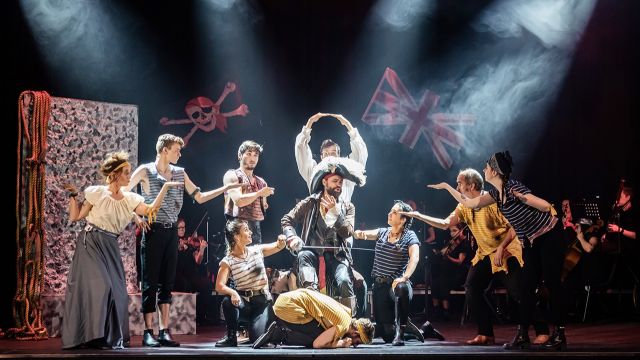 This operatic morality tale has been entertaining audiences since 1879. While a lot has changed since the Victorian era, this musical masterpiece still delights modern crowds with its lovable characters, wit and wordplay. Stage Whispers was treated to front-row seats for the latest incarnation of the Pirate King and his swashbuckling comrades. Popular singer Nathan Kneen was charming in the coveted role, without resorting to the egotistical, hammy focus-pulling some other performers have brought to the part. He was lovable and nuanced and Nathan’s singing was undeniably beautiful in tone and pitch.

In fact, everyone in this Lynch & Patterson production had a moment to shine, while their talents all appeared very much of the same, high standards. It’s one of those lovely moments as a reviewer where you get to give a glowing report. The singing was pitch perfect, the dancing well executed, the acting style suitably farcical, the humour on point, the leads charismatic. Even the ensemble parts were wonderfully sung and acted, with everyone giving the show their all. 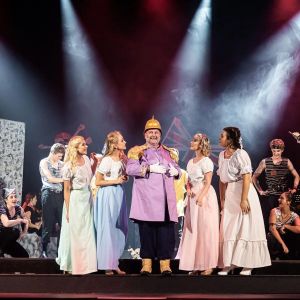 One of the great joys of this production was having the Conductor (and Executive Producer) Lucas D. Lynch leading the on-stage orchestra that remained visible throughout the show. There were some very funny moments of interaction between Lynch and the show’s performers which didn’t detract from our ability to stay immersed in the plot. The orchestra was outstanding, and Lynch’s conducting was precise yet poetic and passionate.

Director Michael Nunn had rehearsed everyone to an extremely high standard – one you would expect from a professional touring company. Blocking was well balanced, and he had the cast use the minimal sets to great effect. Technical and creative sides worked in perfect symbiosis. Costuming showed a great eye for detail and period appropriateness from Anita Sweeney. Kamara Henricks’ choreography supported the songs and era very well, while playing to the strengths of the performers.

This is definitely a production team worth keeping your eye on folks. They’re aiming for very high standards of performance and delivering wonderful treasures for audiences to enjoy. 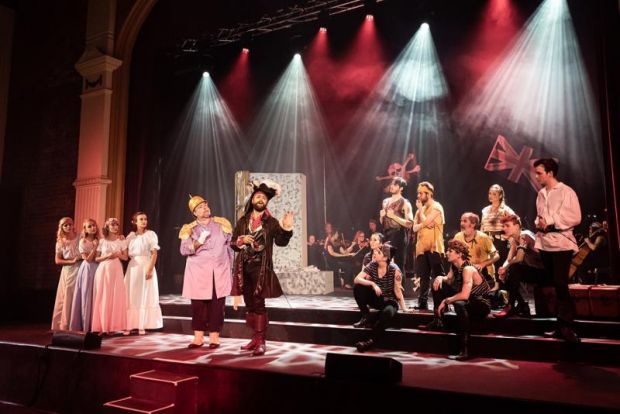