Play in a Day 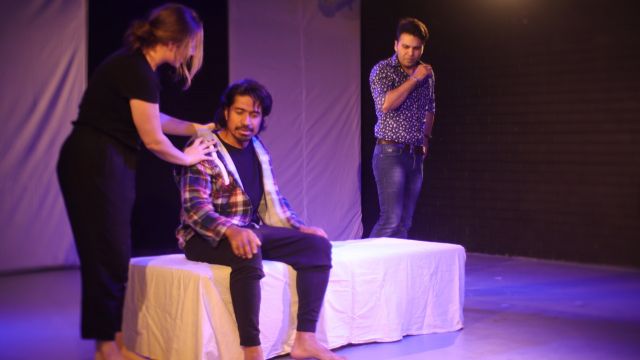 Play in a Day is a twenty-four hour short play festival where short plays are written, rehearsed and then presented over a single day. Presented by the Actors’ Hub as part of their Naughty Nights @ Nine, it was part of a a variety season playing after each 4x4x4 performance. The series includes another Play in a Day, Twenty-Four Hour Film Festival, the satire Lloyd of the Rings, interactive WhoDunnit Events and Improv-To-The-Death.

At 9pm the evening before the performance, the writers were briefed and were told the cast for which they would be writing. They were given the line “She realised that water bottles weren’t just for holding liquids, they were now a status symbol", which needed to be included in the script (although one writer included it visually rather than as a line of dialogue). Writers were required to have their scripts ready for rehearsal by 9am. Actors and directors met for the first time at 9am on the day of performance, and had that day to develop the performance.

The first of the three plays was Refusal, written by Jake Dennis and directed by Cassidy Bodenham. This not-too-heavy political drama was a satirical and clever exploration of what might happen if people neglected to wear their masks. Very up to the minute, on only the second evening that Perth audiences were required by law to be masked, it was tightly directed and well performed by Leroy Afford, Rohit Kalia and Chloe Gaskill. 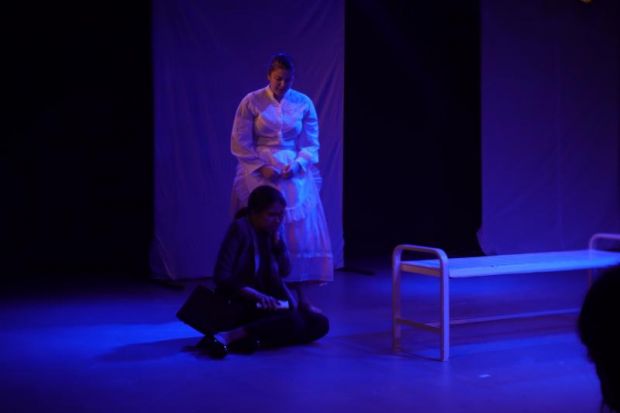 Fiona Blakely’s Samantha and Mary was a surreal time-travel drama in which a high-powered modern career woman finds herself in an unknown place with a Victorian era house maid. An interesting juxtaposition of characters and some nice twists in this short story. Well directed by Jake Dennis, there was a lovely teamwork between Sandhya Krishnan, convincing as Samantha, and Jordan Crewes, delightful as earnest Mary.

The final offering Political Trespasses, was penned by Naomi Latky and directed by Kristen Twynam-Perkins. Set on a terrace at an engagement party this is a meeting of souls between a woman, uninvited and not supposed to be there, and the groom-to-be. An interesting slice-of-life moment that causes both people to examine their situations. A lovely sense of place in this sensitively directed piece, performed with warmth and chemistry by Yema Novakova and Christian Tomasewski. 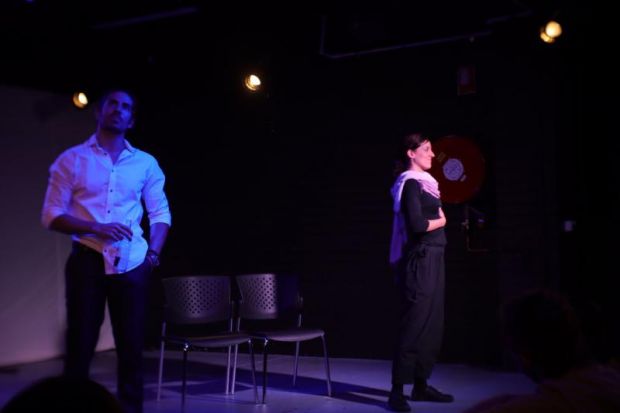 A lovely sense of community in this well-run and interesting event, and an excellent showcase of some emerging writers and performers.