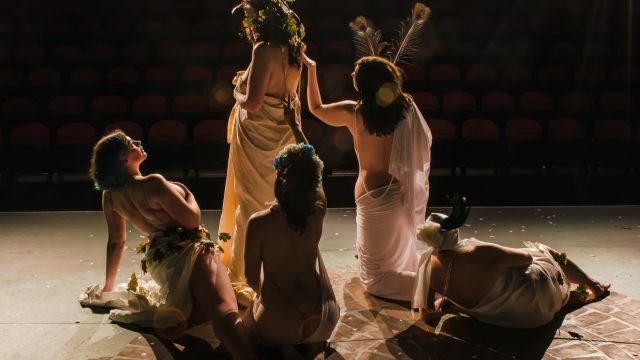 With the Restoration of the English monarchy following the Civil War, there were new moves regarding theatre, such as having women on stage, playing the parts written for female characters. Playhouse Creatures looks at the lives of four actresses of this time, each with her own character and attitude marvellously depicted by the talented members of this company. This was surely a time of opportunity for some women, although inequalities in many areas still remained, and the play includes these devastating choices.

The spirit of Restoration England is captured beautifully in the costume design by Anne Kay, and the imaginative set designed by Christiane Nowak. The music was composed by Matthew Webster and with Jordan Best’s sensitive interpretation through her cello playing, there was an almost-cinematic audio atmosphere.

Canberra audiences should look forward to the next production from this talented company.