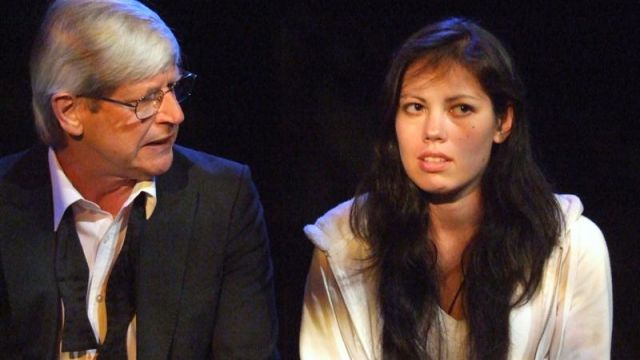 Workshop Theatre has produced a very accomplished and satisfying late Spring production of David Auburn's modern American classic, Proof. The intimate Workshop production helped clarify the show's themes - a scientific savant narrative with a gender twist, layering a more general and endearing theme of generational redemption. The sins of the father in this case were unfulfilled brilliance mixed with madness, yet the play offers prospect of hope, that the daughter, Catherine, although trapped in a carer's role at age twenty five, will complete the dreams and projects of her father as part of her own fulfilment.
There is no room for error in the casting of a long, dialogue rich, character play like this, and none was made. Michael Sheridan looked and spoke all of the part of the self doubting, debilitated yet legendary mathematician, while Tahlia Crinis convinced as his well intentioned, thoroughly successful and socialised daughter who seems to have triumphed by ignoring everything her father represents. Sam Burns was striking and poised as the ambitious post grad, and Amy Wyatt punched and strode her way through the intelligent anxiety, grimaces and quirky post adolescent frustrations of Catherine.
For over two hours the delivery, in two and three hander scenes, unfolded in rhythmic precision, maintaining the teasing undercurrents of the play. What is this play about? Credit for a mathematical formula, or guilt as well as grief for the loss of a parent? Luke Berman directs actors and composes the stage well, with an impressive variety of tone and pace - including some well placed pauses. The switch in Catherine in the tender funeral scene with Sam seemed a little quick - and Sam could be a little more awkward in places as the earnest post grad. Yet as leads Sam and Amy engaged each other and the audience in a powerful, sustained emotional unravelling played out as it is written in the best tradition of American naturalist cathartic theatre.
Geoffrey Sykes