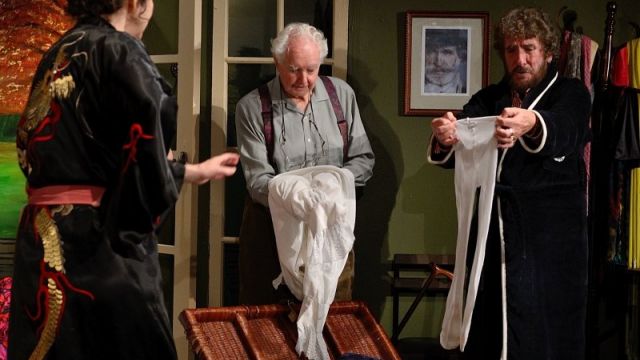 In the late 1990s, Ronald Harwood, obviously beginning to experience scourges of the seventies himself, decided to write a play that would engage the predominantly grey set among theatregoers. In 1999 his four-hander comedy opened on the West End. By 2012 it had been made into a film.

Centenary Theatre Group chose the play prototype to open their 2013 season, little expecting they would be playing against the movie version.

Don’t be put off. CTG’s Quartet is well worth your visit for its broader character development and the philosophical comments on life that the film leaves out.

Wilfred has become an incorrigible dirty old man; Cissy is a born organiser, becoming amnesic; Reg is an obsessive reader and note-taker; and Jean’s arrival is the catalyst for chaos within the group.

If that all sounds too serious, come along and be surprised. This is a wry, bawdy comedy, done to a delicious turn by a perceptive director and an inspired cast.