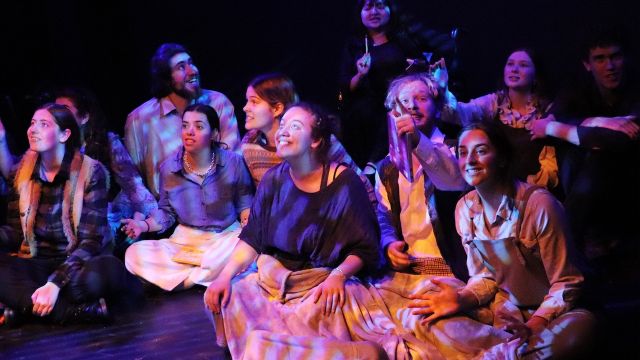 Curtin Theatre Arts’ production of Rats’ Tales was a highly engaging and unusual evening of collective story telling. A warm and well co-ordinated ensemble piece, it was a fun theatre, with appeal for all ages.

A group of young people gather together to tell stories. With the feel of travelling players, they bounce off each other to collectively tell seven stories - one traditional, The Pied Piper, then six original tales.

The band is led by Crystal Nguyen, holder of the books, and a consummate and likeable storyteller. Actors play multiple characters and use simple accessories to distinguish different roles, with shared celebration as each tale is shared, and the endings judged unhappy or happy. 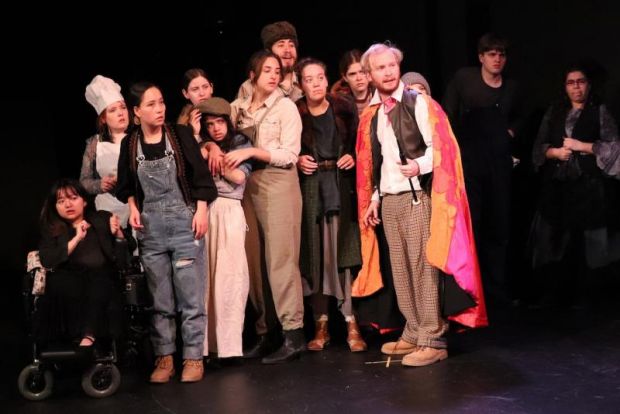 Memorable characters among many include Nelson Fannon’s wronged Pied Piper. Alex Comsto played a boy who literally becomes invisible through neglect and lack of love, while Charlotte Italiano created a  lovely girl who sees him for who he is, with Jude Soussan as his eventually redeemed mother. Hetty Lobegeiger conjures up a great witch, with Lizzy McLean an adorable rat. Tiahna McBride is excellent as the clever Wooden Maria, working beautifully with Angus Price as her Prince. Miana Stiely is strong as a young woman refusing to marry a Squire, with Massimiliano Viazzo relishing his role as the evil suitor. Ella Waterman is an impressive villainess as a woman who steals her daughter’s youth, with great support throughout from Rachel Abelha and Kira Bolitho. Clever underscoring and accompaniment was provided throughout by Adrijan Levis on violin.

Generally simply staged, there was some clever blocking and some creative devices, including great use of shadow.