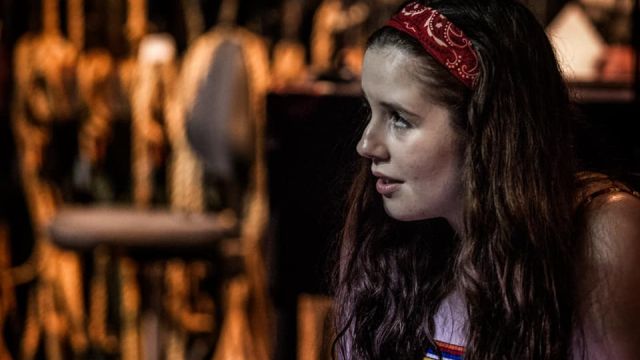 As I sit down to write my first review in many months, much has changed. When the pandemic Covid-19 swept the world, life as we knew it ground to a halt. Unfortunately, the Arts were left in the dark, as our government dubbed the industry non-essential. Companies were left with no choice but to close theatre doors and it remains to be seen how many will be able to open again.

Adelaide Repertory Theatre is an impressive 112 years old. Like many companies, a full year of plays was scheduled, many of them already cast. Not content to wait it out, they have used the empty theatre to their advantage by embarking on renovations, for which they have made a plea for help in the form of donations.

Keen to keep their creative juices flowing, they have ventured into the realm of virtual plays, adapting scripts to the stage and filming them for audiences to stream from the comfort of home. Although we do not have the joy of an elaborate set or the buzz of an opening night crowd, we are lucky to bear witness to a fresh script delivered by a talented group of actors.

Playwright Zoe Muller wrote this play in 2018. Set in the remote outback town of Coober Pedy, she shines the light on five young adults living on the poverty line, who find themselves mixed up in the death of their neighbour. Muller also brings to life the role of Arcadia Xenos. Since the death of her mother, Arcadia has taken on a maternal role to her older brother Theodore (Teddy), played by Henry Solomon. 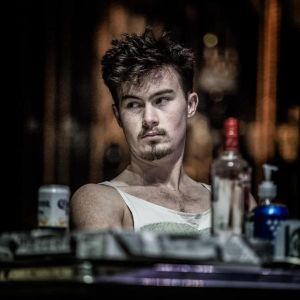 This thought-provoking script hits the ground running. Tempers are flared, as the ensemble try to understand the events of the previous night. A young boy is killed, and whilst most negate any blame, it is clear drugs are a key factor. Solomon gives a layered performance as Teddy, trying to mask his pain with drugs and alcohol; his anger is felt by all.

Albert Ngo plays the more timid character of Kai Anderson. Unfortunately, he is unable to remember much about the killing - his focus seems to be on protecting his girlfriend Billy Cahouna, played by Tilly Butler. Rounding out the cast is Alex Whitrow in his role as Ashton Day.

Director Geoff Britain pulls five strong performances from his cast. He does well to balance the anger with lighter moments. Taking the action outdoors and to a bedroom changed dynamics. Filming from two different angles, before being edited, allowed us to focus on certain characters during heated exchanges.

Sound was distorted or changed volume in parts, but not enough that it pulled your focus. Filmed on a stage, the direction allowed for you to fill in the blanks. As the audience were introduced to new scenes, we were met with sketches depicting the actors on set - it was creative and worked well. Slowing the action down at the beginning of scene 4 allowed for a montage effect, which  was powerfully teamed with music.

Although only an hour long, the narrative packs a punch. The script is a raw account of how drugs can change the trajectory of your life.

Kudos to The Rep for finding a way to keep theatre alive.