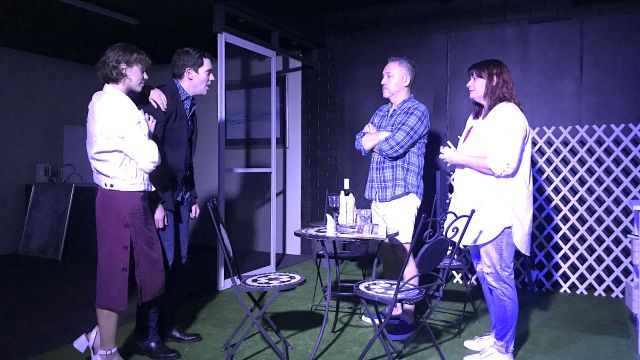 Brisbane’s adventurous Ad Astra team does not shy away from tackling difficult works, and once again, they bring a taste of off-Broadway to the city with The Realistic Joneses. Award-winning New York playwright, Will Eno, has been compared to Samuel Beckett for his mutual love of wordplay and “avoidance of traditional narrative” in exploring the human condition. While I do appreciate that, often in the absence of a linear story, Beckett’s cadence and rhythm can be dramatically satisfying (especially in the hands of seasoned performers) I must admit, I find Eno’s Ouroboros tricks of repetition and constant questioning a tad annoying in this play. If this is Eno’s riff on Beckett, then it’s a version for a low-attention-span audience – a series of short scenes punctuated by blackouts that leave viewers to piece together the story of two couples – neighbours, who share the name ‘Jones’ as well as a connection to a potentially life-shortening rare ailment. The broad expanse of ‘life’ is addressed by constant suburban-back-yard star-gazing; the ever presence of ‘death’ (the congenital disease) is somewhat swept aside as a comic punchline. Is the condition a real illness? Is it simply a dramatic device to comment on the state of being? Is it cleverly mocking the inarticulateness of its male characters, thereby extrapolating that most men have trouble communicating? 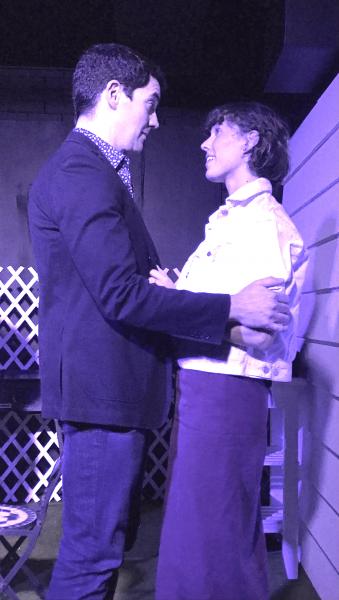 Director, Fiona Kennedy has done well to find a style to balance the comedy and drama of the Joneses’ situation. Yet, despite all the talk and off-stage action that tries to place the characters in a much wider canvas of ongoing life, discussions about the illness are relegated to denial, leaving the characters to simply chit-chat and repeat and question each other’s responses. This is all a bit dissatisfying as an audience experience. While the script’s limitations must make the task difficult for the performers, Ad Astra’s cast do manage to find the laughs and portray the drama in the quirky lives of their characters. Jacqueline Kerr (Jennifer) and Gregory J Wilken (Bob) form a solid duo as the first set of Joneses, an ordinary couple struggling to stay together as their lives shift dramatically. As Jennifer says at one point, she never used to be the sort of person who was good at making arrangements, but now that’s all she does. Kerr emits suitably detached strength in her performance. Wilken finds Bob’s humour, even though the character is less successful at adapting to change and navigates through obsessive behaviour and jumpy mood swings. It’s a difficult ask. The other Jones couple who break the calm of a quiet summer night are Pony (Claire Argente) and John (Robert Wainwright), and these performers cash in on the wackiness of their younger characters to gain plenty of laughs – Wainwright in particular has a challenging role because John is just so compulsive in his behaviour and a brick wall when it comes to communication. The difficult conversations between Pony and John are left unsaid. Another clever device by the playwright, or an old box of Emperor’s clothes? 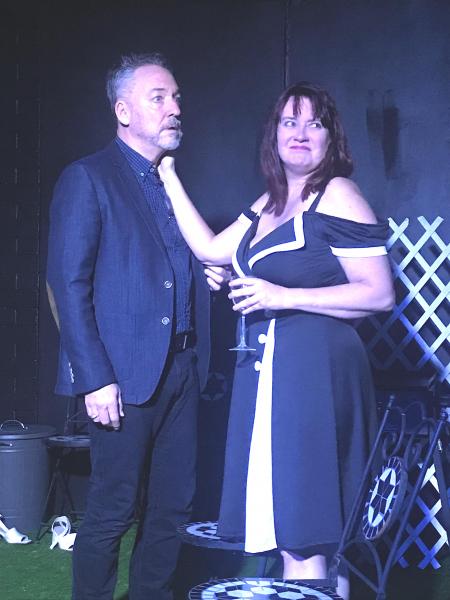 Eno’s US admirers tend to label his style as “stand-up existentialism” – but that would suggest that the characters experience some form of development … and that just doesn’t happen in this script. The Realistic Joneses is more a series of intersecting monologues. The result is that the performers never really get to connect with one another – despite the contrivance of (once again off-stage) romantic liaisons that just don’t ring true for the characters. One performer of Eno’s work said in the LA Times that audiences are “part of an encounter rather than following a story”. Ad Astra’s performers are certainly more than capable of achieving this level of relationship. I’d prefer to see this quartet of performers in the future, in a different play where they can showcase their skills in making connections – with their fellow performers as well as the audience.