The Return by Reg Cribb 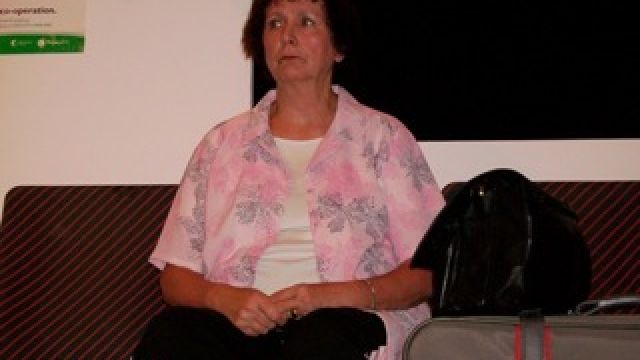 The Return seems to be becoming one of Perth’s most frequently performed plays – and little wonder; this locally relevant script is a delight for theatre companies. Having said that, it seemed an odd choice for Melville – there have been some excellent recent versions and Melville’s regular audience seem to prefer something a little gentler.
Jeff Hanson made some different directorial choices and the style of this show was distinct. A quality cast performing on a very realistic set overrode the few directional choices that did not quite gel.
Adam Shuttleworth was excellent, with a performance somewhat reminiscent of Grant Bowler’s interpretation some years ago – one of great depth. Jesse Way was working hard as offsider Trev, with the two having a convincing yet volatile friendship.
Penny Searle was stunning as Maureen. Quickly becoming “the” role to explore for more mature actresses, Penny found yet another side to this character and her Maureen was feisty and opinionated with a hint of fragility.
Annabel Maclean was an interesting Lisa and was a strong ensemble member, while Tom Walding handled the difficult role of the author well.
The set design was a faithful representation of a Transperth carriage, with accurate stickers, posters and handstraps, and seemingly automated doors – a precise effort from designer/builders Jeff Hanson, Ian Black, Barbara Lovell and Adam Shuttleworth.
A decisive production that has set the bar for strong drama this year. It is a shame that this effort was not rewarded at the box office.
Kimberley Shaw