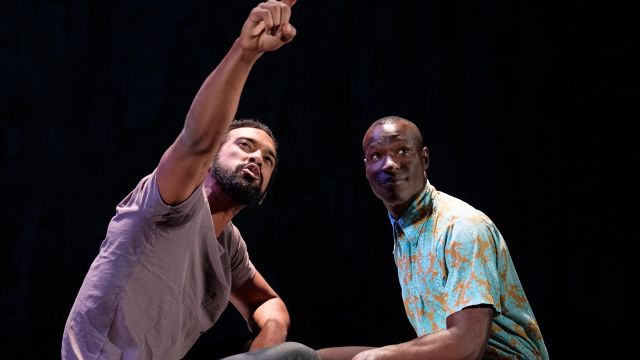 “It is the business of art to be dangerous,” writes Adam Cook in the foreword to his production of The Rolling Stone, a play that challenges the religious, cultural and political powers that “struggle with the notion of homosexuality”.

Chris Urch’s award-winning play is at once hard-hitting yet tender, tragic yet warm. Humour and tension are played out in pause perfect scenes that pit lover against lover, brother against sister, brother against brother – reality against fanatical morality. It’s a play that will pull at the heart strings of those who empathise, but test the closed minds of those who don’t … if they see the play …

Cook has brought together a cast strong enough to take on the range of intense emotions the characters expose as they struggle against poverty, ambition and fundamentalist Christian fervour.

Among these is Elijah Williams, who takes on the taxing role of Dembe, the young homosexual who faces years of prison – or more likely death – if his sexuality is discovered. Williams is heart-breakingly convincing in this role, revealing the anguish of impossible decisions and the effects they will have. In his relationship with the man he loves he is tentative but poignantly naïve. With his family, he clings to close religious and traditional ties while struggling with who he really is – culminating in a final scene that is a turmoil of emotional torment that shows the intuitive power of this young actor. 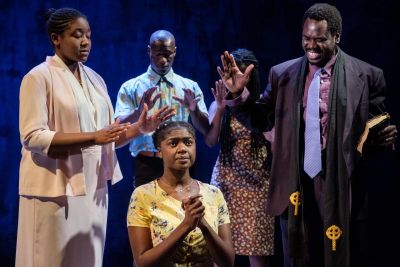 Damon Manns plays his lover, Sam, an Irish-African medic. Manns deftly finds the gentle humour Urch has woven into the scenes with Dembe to lighten the underlying fear of exposure and what might ensue. His physicality contrasts with Williams’ faltering hesitation. Together they establish a relationship that is convincingly tender, yet fraught.

Mandela Mathia and Zufi Emerson are Dembe’s brother and sister - he the recently appointed pastor, dependent on the increasing his ‘flock’ to make a living to support the family; she the devoted sister who is prepared to give up her chance to study medicine so that Dembe can do so.

Mathia balances brotherly responsibilities with the evangelistic zeal that is expected of him in a persuasive performance. Emerson is equally effective as the watchful, perceptive sister. There is little that she misses, much that she strives to conceal, as she moves between the brothers, trying to protect them in a community that will condemn unconditionally.

Standing against them is once family friend and fervent Christian Mama, played with uncompromising religious zealotry by Nancy Denis. Denis carefully covers the vengeance Mama seeks for the sexual assault of her daughter with a piety that is at first persuasive and eventually repellent. It’s a difficult balance to portray and Denis does it well. 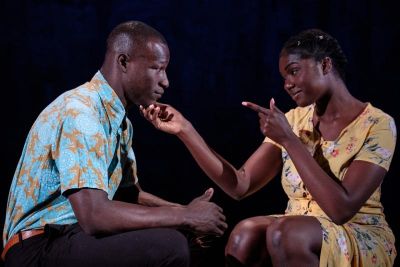 Her emotionally affected daughter, Naome, is played by Henrietta Amevor. This is a difficult role as the only time she speaks is a wail of despair when Dembe’s homosexuality is publicly suggested. Her silence is accentuated by her watchfulness – and the gentle warmth in her short scene alone with Dembe.

Adam Cook has, as usual, found the depth and poignant intensity of the characters Urch has created and brought them into stark, moving authenticity in this compelling production – on a set (designed by Isabel Hudson) that is similarly stark and bleakly atmospheric.