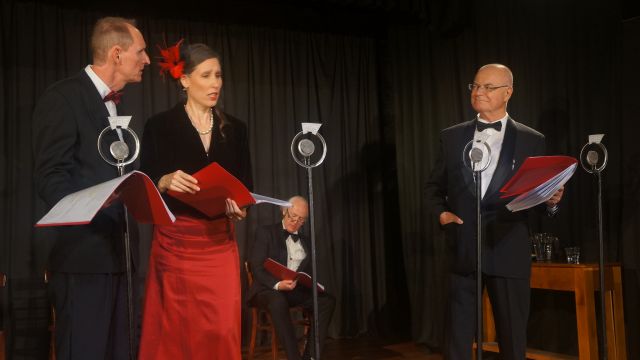 This was a trip back to earlier days when radio plays were the in-thing. This radio play was adapted from the play, by Baroness Orczy, which opened in 1903 and was first performed by Lux Radio Theatre in 1938 on radio with Leslie Howard and Olivia de Haviland in the main roles.

Set at the time of the French revolution it tells the story of its hero and protagonist, who rescues aristocrats before they are sent to the guillotine.  Sir Percy Blakeney may look nothing more than a wealthy fop but, in reality, he is a master swordsman, a quick thinking master of disguise and an escape artist. Added to this is his French born wife. The plot had everyone absorbed as we wondered what would eventuate. Being done as a radio play, meant the production depended on the quality of the voices and sound effects. It worked really well. 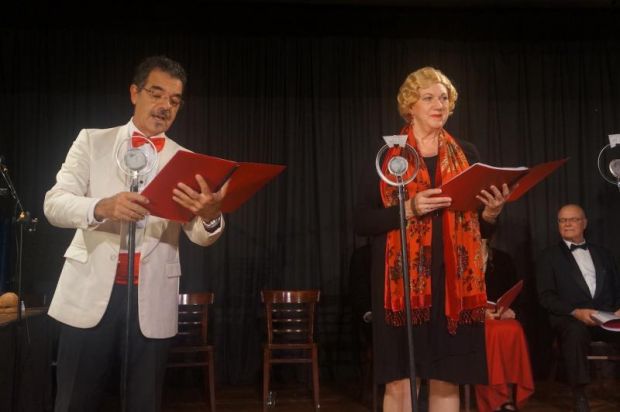 Director Cam Castles has chosen a very good vocal team that covered all characters with clarity and individuality. Those who read various roles made each of their characters unique and distinct. Erik de Wit as Sir Percy Blakely, the core role of the Pimpernel, was outstanding for clarity and the depictions of the many disguises he undertakes to mask his true identity. His French-born  wife, Lady Maruerite , was very well read – they do read the script in a radio play – by Catherine de Vos, who made her character very real too. The husband and wife interplay was very good and vital.  Marcel Poualin, John Scandurra, Linda Morgan and BarryHaworth completed the list of performers with good performances in multiple roles. 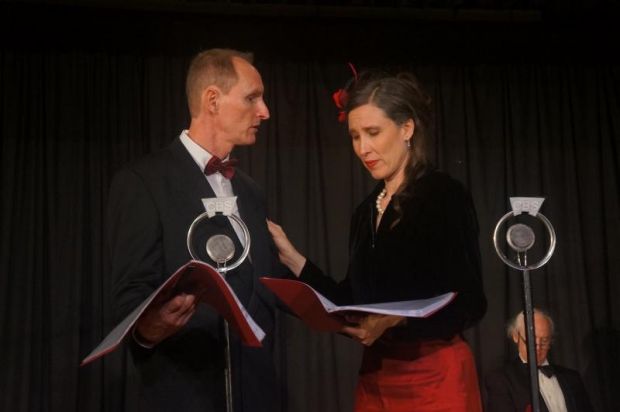 Nash Theatre has developed a tradition of beginning their season with a radio play and, but for a few technical problems with the sound effects, this was the best one so far. It was like going back to the old days and it was a well worth while trip. This was a very good night at the theatre to listen to the magic of Lux Radio Theatre. Give yourself a treat and go to see/hear this production.