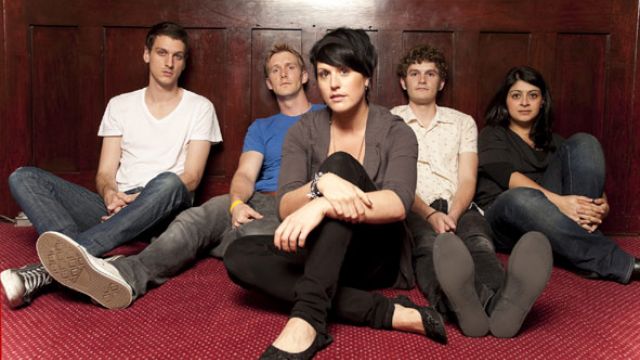 Marko Mustac Productions and Impro Australia have come together to put on a fun show around that perennially fertile subject of young people living communally.
Scenes from Communal Living is the brainchild of Stewart McCure, a long time impro artist. Marko Mustac directed the show with a cast of six players. They were Emily Beale, Rachel Corbett, Graham Hyland, Steen Raskopoulos, Carlo Ritchie and Susie Youssef.
The show’s concept is simple and works well. With each scene that’s played out, a member from the cast approaches the audience with a particular flatmate scenario. The scenarios varied wildly, including - a flatmate loses something of value to another flatmate, a flatmate does something terrible and unthinkable, a flatmate leaves and the remaining flatmates have to interview for a new sharemate. The audience is asked to fill in the dots. Out of the suggestions called out from the audience the performer chooses one of them. The actor then flees behind the stage, bunkers down with his impro cohorts and then magic, a scene is enacted.
The show was performed at a madcap, break-neck pace by the talented cast, and the 90 minutes went by in a flash. My favourite scene was the find the new flatmate scenario. The two women decide that they want a male flatmate who is a muso. Their dream seems to be fulfilled when a handsome young guy turns up with a miniature banjo! Things get a tad complicated when the guy starts cracking on to one woman, and annoys the hell out of the other!
Hey, it ain’t in the league of John Birmingham’s classic He died with a falafel in his hand but it’s plenty of fun. Scenes from Communal Living plays the Fusebox at the Factory Theatre until November 14.